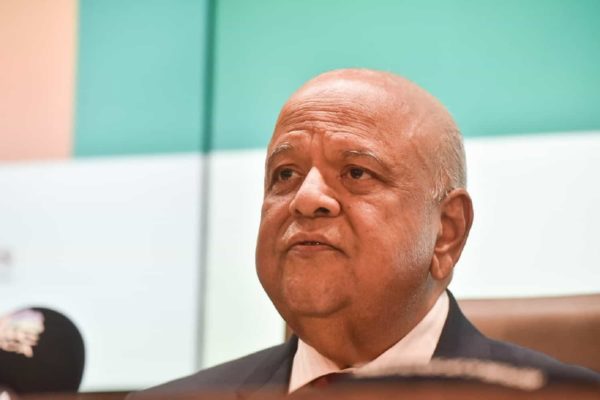 Public Enterprises Minister Pravin Gordhan says Eskom was a prime target of state capture and corruption, which has contributed to the challenges it is now facing.

Gordhan said this during a media briefing with Eskom CEO Andre de Ruyter on the challenges faced by the power utility on Wednesday evening.

Gordhan assured South Africans that the power utility was taking steps to deal with the load shedding crisis and said that in addition to maintenance issues, state capture also played a huge role in what is happening at the power utility.

As a result, Eskom will ensure more senior managers are on the ground to instil urgency and vigilance at power station level to avoid “external interference”, said Gordhan, referring to those involved in corruption and state capture.

He said the power utility was a “prime target” of state capture, assuring South Africans that everything was being done to rectify the problem.

In the next 24 hours, the necessary exemptions will also be made by National Treasury for Eskom to find the expertise to bring in the needed skills to assist with the power challenges.

“It is clear that South Africa needs urgent interventions to introduce more megawatts onto the grid. The relevant stakeholders must see to this as soon as possible,” he said.

He said measures are also being put in place to ensure salaries are directly linked to the performance of the power stations.

“If your power station is not performing efficiently, there must be consequences.”

Though Eskom is currently implementing stage 4 load shedding, there will be no load shedding on Monday when the country takes to the polls.

“Overnight, 2,000 MW of power will be returned to power and the system will be downgraded from level 4 to level 3. On Thursday and Friday, there will be a downgrade from level 3 to level 2. Load shedding will stop over the weekend and there will be no load shedding from Monday unless an unexpected event happens,” said Gordhan.

“Elections will not be distracted in any way, contingent measures have been put in place to ensure that.”

Eskom supplies power to 16,000 of the 23,148 voting stations across the country, and the IEC has made available 14,000 lighting equipment to stations outside the Eskom supply areas.

There will also be generators on standby at the voting stations, said Gordhan.

The scanners for voting are all precharged and have a 12-hour battery life.