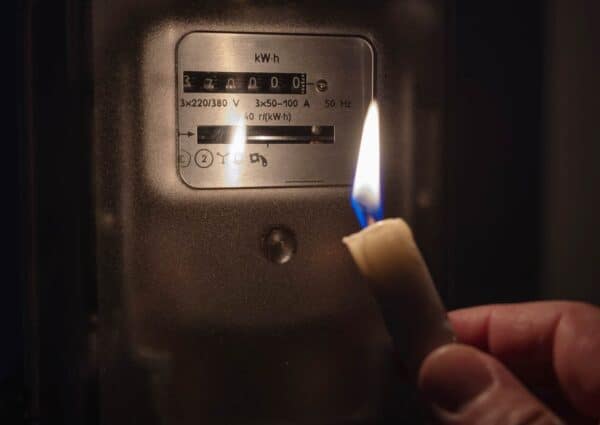 Stage 2 load shedding could be ramped up to higher stages. Picture: iStock.

Eskom has warned that if breakdowns continue at its power stations this week, it might be forced to escalate stage 2 load shedding to even higher stages.

The embattled power utility on Wednesday briefed the media after it announced that rolling blackouts would continue until Sunday, due to the breakdown of four generation units in the morning.

A generation unit each at the Kendal and Matimba, as well as two units at the Matla power station broke down, leading to a loss of over 1100 MW in generation capacity.

After three weeks without load shedding, Eskom said stage 2 power cuts would be implemented between 10 am and midnight on Wednesday.

From Thursday until Sunday, stage 2 load shedding would be implemented from 5am until midnight.

According to Eskom’s chief operating officer (COO) Jan Oberholzer, for the past three weeks, the parastatal was relying on its open cycle gas turbines and dams to keep the lights on during the day.

“In winter, we experience a high morning peak demand and extremely high evening peak demand. So, the open cycle gas turbines were designed to manage these periods and we were able to use them only during the mornings and evenings and shut them down during the day.

“This resulted in a relatively low usage of diesel,” Oberholzer said.

However, since last week, he said Eskom was struggling with breakdowns at its flagging power plants, which resulted in the open cycle gas turbines being used extensively.

Oberholzer said because they could not fully replenish their pump storage levels last week, load shedding was required for this week.

“We could not fully replenish them during the weekend for Monday morning … unfortunately we are at a point now where we need to conserve both the pump storage levels and lower diesel levels.”

Oberholzer said they were trying to avoid further breakdowns in the generation fleet, but should such breakdowns continue, Eskom could escalate power cuts to stage 3 or even higher stages.

“This is an unfortunate reality [and] should we continue to experience breakdowns in the fleet of the coal-fired power stations, this may, unfortunately, escalate to a stage 3 or even higher,” he said.

Oberholzer added that the cold fronts experienced by the country this winter season were also contributing to Eskom’s power woes.

“These cold fronts have a double impact on the electricity demand of the country in that wind generation is high as the cold front passes the Western and Eastern Cape.

“As the cold weather reaches the cold centres here in Gauteng, the wind generally drops down as demand for electricity goes up in the lower centre increases.

“This then requires the dispatchable Eskom generators to generate more to take up the loss of wind generation and supply the additional demand that we are experiencing,” Oberholzer explained.

While there had only been 54 days of load shedding since January this year, Eskom CEO André De Ruyter said they were mindful that the blackouts were a “significant inconvenience” to the country.

“Generally, the system does remain unstable and unpredictable, and this has resulted in Eskom exceeding the tolerable level of unplanned load losses and hence the position of load shedding stage 2,” he said.

NOW READ: De Ruyter hits back at critics ‘who style themselves as energy experts’