Civil society organisations said the lack of response from Mantashe was "disappointing, yet expected", and slammed plans for Eskom 2.0. 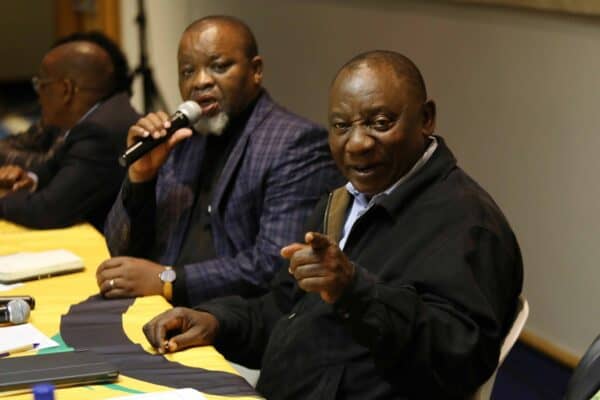 After being ignored by Minerals and Energy Minister Gwede Mantashe, civil society organisations have now asked President Cyril Ramaphosa to force him to introduce renewable energy to SA’s electricity grid.

The 16 groups had given Mantashe 10 days to respond to an open letter calling for him to open the country’s renewable energy floodgates.

They said wind and solar energy systems, as well as renewable storage capacity, would lessen the severity of load shedding on South Africans.

On Wednesday, the groups said their plea to Mantashe “has been met with silence”.

They are now calling on Ramaphosa to “twist the minister’s arm” to add more renewable energy to the grid.

“It is becoming clear that the minister does not understand what is needed to solve the energy crisis,” said Becker.

He also said the ANC’s proposal to establish another state-owned power utility to compete with Eskom shows there is no concrete plan from government.

“We definitely do not need another state-owned electricity company, or Eskom 2.0. We need everyone working around the clock, including the [department] and the National Energy Regulator of South Africa (NERSA), to use existing regulations and processes to fast track approval of new generation applications and get large scale wind, solar and storage capacity online,” he said.

The civil society organisations have given Ramaphosa 10 days to instruct Mantashe to act.

If no action is taken by 29 July 2022, the groups said they will reassess their options to try end the energy crisis.

Thandolwethu Lukuko, coordinator at Climate Action Network South Africa, said the lack of response from Mantashe was “disappointing, yet expected”.

“It shows blatant disregard for the voice of a critical stakeholder group and continues to demonstrate this in the proposal for a new state-owned power utility,” he said.

Lukoko was also critical of Ramaphosa’s acceptance of a second state-owned power utility as a solution for South Africa’s energy woes.

“As a businessman he must understand the time it’ll take to get such an entity to deliver much-needed power to citizens. It cannot and will not happen during his term in office.

“The decision flies in the face of reducing red tape and in the unbundling of Eskom, processes we assumed he understood.”

The civil society groups that called for Ramaphosa to act are: