While working to protect the area’s wildlife, the young ranger fell victim to the power and unpredictability of one of Africa’s Big Five. Breedt has been working for Protrack since July 2017, after completing his anti-poaching training through them. Photo supplied

An anti-poaching ranger was gored by an elephant on Sandringham reserve, just outside Hoedspruit, Limpopo while on duty on Thursday, February 1, Letaba Herald reports.

Whilst working to protect the area’s wildlife, the young ranger fell victim to the power and unpredictability of one of Africa’s Big Five.

READ MORE: 11 arrested during anti-poaching operations at the KNP

According to reports, the anti-poaching soldier and his partner were heading back to their temporary base after completing a fence check on the Avoca Road near the Orpen Road, when they spotted a herd of elephants ahead of them. The pair proceeded to back off with the intention to circle around the herd, but unbeknownst to them, three elephants approached them from behind.

The ranger is employed by Protrack anti-poaching unit. According to Protrack Founder, Vincent Barkas, the three elephants, “came with intent”.

The elephants caused the patrolling pair to split up, with one elephant taking chase after the partner and two elephants chasing after the injured ranger, Erick Breedt.

According to Shane Tintinger, the Protrack general manager, “the elephant bulldozed him for about 10 metres and pinned him against the fork of a small tree”.

He sustained multiple injuries including a broken ankle and broken jaw. The most significant injuries were to his face, where his throat and cheek were lacerated and his vocal chords and trachea were severed.

“I don’t know how he is still alive, the amount of blood loss was significant,” reported Barkas. “This always happens to your best guys. He is a real asset. Such a quiet and unassuming guy. He is so dedicated to his work,” concluded Barkas.

The 21-year-old ranger managed to crawl away and apply pressure to the wound on his face. Barkas believes this quick-thinking saved his life. 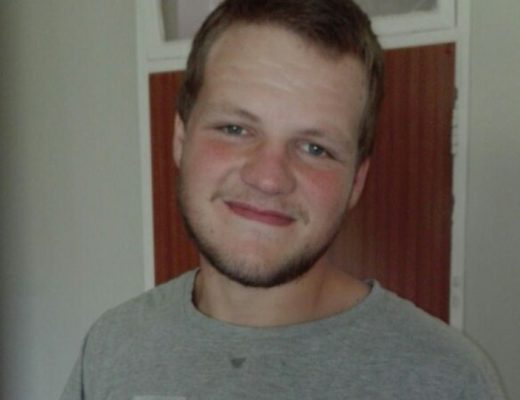 The 21-year-old has been working for Protrack since July 2017. Photo supplied.

Breedt was rushed to Tzaneen Mediclinic for treatment and was since transferred to Johannesburg in the early hours of Wednesday, February 2.

The transfer was a decision made by Breedt’s family so that he can be closer to them and receive more emotional support during his recovery.

He remains in ICU but it is said that he should make a full recovery.

Breedt has been working for Protrack since July 2017, after completing his anti-poaching training through them.

Protrack will be covering his medical costs and continue to pay his salary as he recovers.

Tintinger described Breedt as, “a fantastic, well-mannered and well-respected guy”.

11 arrested during anti-poaching operations at the KNP