A bullet hit one of Hi-Tech’s vehicles, but the occupant, a technician, escaped unscathed. The scene of the robbery.

Between 10 and 12 heavily armed suspects robbed a cash-in-transit vehicle on the R40 yesterday afternoon, Lowvelder reports.

It is alleged that occupants of a white Isuzu bakkie and a grey BMW, fired shots at a G4S vehicle and forced it off the road. They then instructed the occupants to exit the vehicle. A trusted source told Lowvelder that the group then used explosives to gain access to an undisclosed amount of cash, and fled the scene.

Some AK47, R5 and 9mm bullet shells were found on the scene. According to an official at Hi-Tech Special Services, the suspects also opened fire on one of their vehicles, which was heading towards Hazyview from Bushbuckridge, Mpumalanga. One of the bullets hit the Hi-Tech vehicle, but the occupant, a technician, escaped unscathed.

More information will be provided as soon as it becomes available.

On Saturday, a suspected CIT robber was shot on the opposite side of Hazyview, and 19 others are still at large. 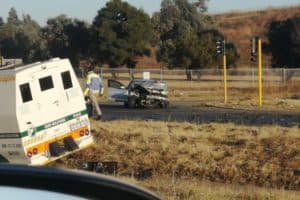 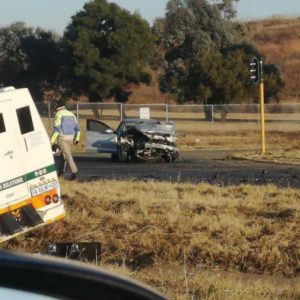