The community of Riverlea is in serious need of assistance from Johannesburg City Parks and Zoo. Residents of Riverlea Extension, Johannesburg are faced with many issues due to the lack of assistance from the City of Joburg, Westside Eldos reports.

Concerns from residents include a neglected piece of land that has turned into a hot spot for unwanted guests.

“These bushes affect our children; our children play in the park and they pass through here to go to school. Who knows who is going to kill who in these bushes? Two weeks back, they burnt a stolen car out and we didn’t even know about it.

“The car was stolen in Illovo and the owner wasn’t worried about the car so the police said that they cannot do anything if the owner doesn’t open a case. This is the most dangerous place here.

“The young boy’s bunk school and then they hide in these bushes and smoke drugs there. These bushes are dangerous, if I pull you in there, rape and murder you, they won’t find your body,” explained Gordon Erens.

Community leader Cecil Radley explained that there are people who go into the bushes to consume drugs. When people pass by, they rob them and hide inside the bushes.

“Once they go in there, you cannot go after them because it is dangerous, even our police officers are afraid to go instead there. A few weeks ago, when children went inside there to play, people just heard screaming, apparently, the children saw the guys busy with the drugs and then those guys wanted to hit them so the children ran out of there,” said Radley.

Radley also mentioned that he spoke to a Ward Councillor about the issues, where he was told that someone would be sent to address the grievances. However, this was one month ago, and the residents are still waiting for someone to clean up the area. According to Radley, City Parks only cuts the grass in the park and then they leave that area. 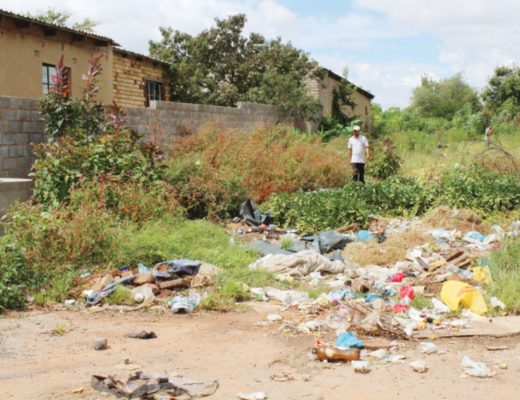 Resident Elton Saptoe walks through the area on the side of his house.

“They told us that that area does not belong to the park but it belongs to Sports and Recreation…this used to be our soccer grounds back in the day. But we do not know who owns it because nobody is claiming it,” he said.

Residents are now not only facing drug addicts and school children who skip classes and hide in the bushes, but they also have an issue where they find rats, flies and even snakes in their homes due to the veld and the amount of litter in there.

Erens said that he just wants the area cut so that it can be safer for their children.