The sinkhole is now between 7 and 8 meters deep, and has spread across both lanes of the R55 in Laudium, Centurion. 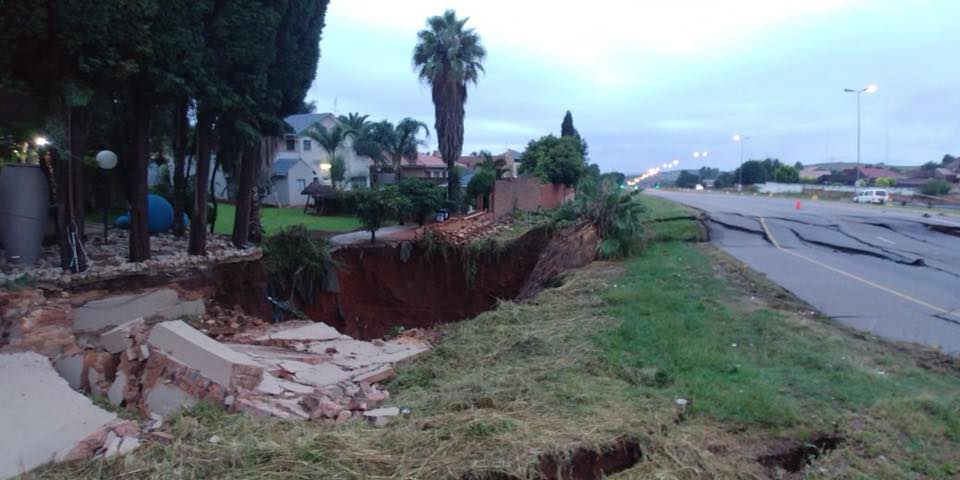 An existing sinkhole on the R55 in Laudium, Centurion has caved in further overnight, resulting in the collapse of the walls of two nearby private residences, Centurion Rekord reports.

The sinkhole, which first began to appear two weeks ago, is now said to be about 7 to 8 meters deep. It is now also spread across both lanes of the provincial route.

The collapse happened just before 23:00 on Saturday night, according to Laudium disaster management spokesperson Ibraheem Dockrat.

“The sinkhole has now spread across the R55 northbound-lane,” he said. He warned that the surrounding ground is very unstable and will continue to collapse.

Residents and motorists are advised to exercise extreme caution in the area, and to not stop to view the sinkhole.

Dockrat said technical teams will continue testing the ground to determine the extent of the damage.

“The ground is unstable and further collapses are imminent.”