Residents of Krugersdorp CBD saw a kudu running around town over the weekend. 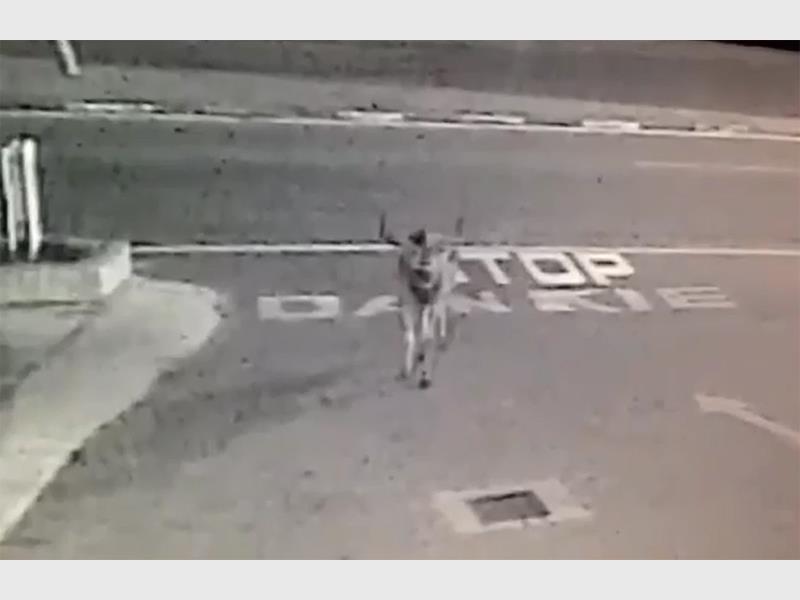 On Friday, May 4, Krugersdorp locals reported that they saw a kudu running around on Pretoria Street. At first, no one believed them, but then a video of the kudu surfaced.

It was spotted at the intersection of Market and Pretoria streets in the Krugersdorp CBD, Krugersdorp News reports.

Trevor Roberts, owner of Conserv Security, a local company that deals with such incidents, said it was not uncommon for bucks to escape and wander around in the Krugersdorp area.

“Kudu jump fences easily and with all the wildlife estates in the area, it’s a common occurrence,” said Trevor. “There have been instances where kudu have also jumped the fence of the Krugersdorp Game Reserve. They’re difficult to contain.”

Trevor also said it was strange that the kudu was seen in the city because they tended to shy away from noise and people.

“It’s also difficult to track these animals because they move around so quickly, and when people spot them, they usually just report where they’ve seen them and then leave.”

He provided the following tips for the community to use should they wish to report a sighting of the kudu:

• If you spot the kudu, take a picture and send it to the Conserv Security WhatsApp number: 083 488 0400. This isn’t just to serve as proof that you’ve seen it, but also to confirm that it is indeed a kudu. We need to send the correct species to the vets we call out to catch it so they can have the right amount of anaesthesia for the size of the buck.

• Include the time, and the name of the street where you spotted the animal.

• If you are able to, keep following the kudu as long as you can. Because the kudu moves so quickly, we need to keep track of it until the vet is able to come out. Keep sending updates of where the kudu is.

• Don’t approach it. If you’re driving near the kudu, stay in your vehicle and keep your eye on it as long as possible. Drive at a steady pace when near it, because it’s a skittish animal that might get frightened by sounds or lights