George, Bitou and Laingsburg municipalities to be placed under administration

The process to place three municipalities under administration, namely George, Bitou and Laingsburg, has already begun. 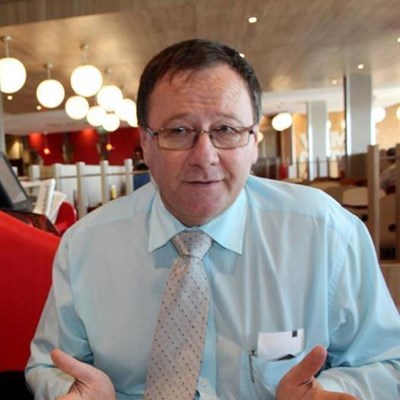 The wheels are in motion to place the George municipality under administration, George Herald reports.

Anton Bredell, minister of local government, started the process last week. Acting on his behalf while Bredell visits Germany, Minister of Transport Donald Grant told the George Herald on Monday that his colleague had “applied his mind” and started the process to place three municipalities under administration – George, Bitou and Laingsburg.

“Yes, he is going to. He (Bredell) instigated the process for all three municipalities,” said Grant. George Municipality will be given the opportunity to give reasons why they shouldn’t be placed under administration.

In reply to a question by ANC MP Pierre Uys last week in the Provincial Legislature, Bredell said he has started implementing Article 106 of the Municipal Systems Act, following the Hawks’ raid at George Municipality on 23 April.

A member of the executive council (MEC) may apply this act if there is reason to believe that a municipality cannot or does not fulfill a statutory obligation binding on that municipality, or in the case of fraud, corruption, maladministration or any other serious malpractice.

In accordance with the act, Bredell must, by written notice to the municipality, request the council or municipal manager to provide information required in the notice.

This step precedes the procedure to place a municipality under administration.

Bredell said his department requested the Provincial Forensic Services (PFS) to investigate allegations of, among others, corruption and maladministration.

“On the basis of the prima facie evidence, the Hawks carried out a search and seizure operation at the municipality and at the mayor’s, municipal manager’s and certain service providers’ homes. In addition to the cooperation between the Hawks, the PFS and the Department of Local Government, I am implementing Article 106 of the Municipal Systems Act.” Who may suspend who?

The DA Federal Executive Committee (Fedex) has started procedures to suspend the George mayor, Melvin Naik. According to Fedex chairperson James Selfe, the DA party is dealing with the issue of Naik’s suspension, but they cannot suspend municipal manager Trevor Botha.

On the other hand, council has the authority to suspend Botha, but cannot suspend Naik. “Council could invoke the Regulations for Senior Managers (2010) if it considers that there are sufficient grounds to suspend the municipal manager. The George council cannot suspend a mayor,” said Selfe.

A late item on the possible suspension of Botha was withdrawn at the council meeting on 9 May. According to information, the George council refuses to suspend Botha before the Hawks conclude their investigation.

George Speaker Gerrit Pretorius told the George Herald that they are not investigating allegations against Botha, and therefore suspension is not being considered.

He said the George Municipality had not yet received any written notice on being placed under administration, and referred to the process that needs to take place for such measures. Botha hadn’t responded to enquiries by the time of going to print.

Investigation on the move

Meanwhile, Captain Philani Nkwalase, spokesperson of the Hawks, said the investigation is receiving the necessary attention from their commercial crime unit.

“The investigation is ongoing. When the time is right, we will issue a statement, and of course name and shame the perpetrators,” he said.

“What’s happening in George is not acceptable in any way and needs to be corrected as soon as possible,” said Londt. “All the councillors in the George Municipality, irrespective of party affiliation, should do what is expected of them in terms of the relevant legislation to act against the MM and the mayor. The councillors’ actions or inaction will then be escalated as is required.” Minister of Transport Donald Grant (right), and the DA’s leader in the Western Cape, Bonginkosi Madikizela. Grant said his colleague, Anton Bredell, has “applied his mind” and decided to place George under administration. Photos: Michelle Pienaar

According to a trustworthy source, eight DA councillors are also “applying their minds”, and are considering a hookup with opposition parties to take over council. Apparently, some of the councillors are implicated in the investigation. “George is becoming like Oudtshoorn before 2013,” said the source.

ANC chief whip Nomawethu Jantjies confirmed the ANC has already placed a motion of no confidence in the mayor, deputy mayor (Charlotte Clarke) and speaker.