About 3,000 smart meters have been replaced by the metro thus far, but feedback from consumers has been largely negative. 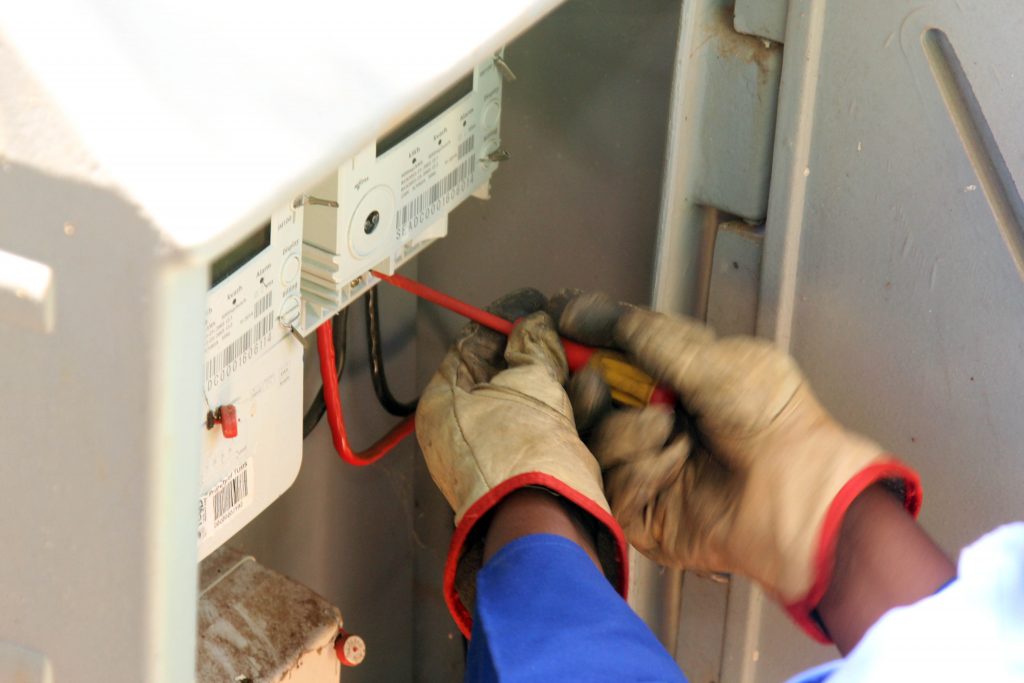 Over 1 000 normal or credit consumers were possibly tampered with, costing council of millions of rands worth of power. Image: Moneyweb

“This new meter is a serious downgrade from the old one,” local resident Kobus Burger told Pretoria East Rekord.

“It is simply not acceptable.”

The municipality decided to switch from the previous Peu/TUMS smart meters to their own, as the city was losing R4 million daily due to an “unjust” and “inequitable” contract.

The metro managed to free itself from the contract after a court found it was “unlawful”.

In March, the metro began replacing the approximately 13,000 old meters with new ones. The process is expected to take four months.

About 3,000 smart meters have been replaced by the metro thus far, but the feedback from consumers has been negative.

“The prepayment system with TUMS which worked well,” said Burger.

“We could pay online from anywhere in the world and the meter would recognise the payment.

“This means I could pay for electricity, even if I was not at home.”

Burger said he could also see his usage and balance online when he was not at home.

“It was a friendly and modern system,” he said.

Like many others, Burger believes the new smart meter is “outdated”.

“I cannot see the meter balance online and I cannot update the meter if I am not at home.”

He instead must get a token, which has to be physically entered into the remote unit. Burger said he also needs to be within close proximity to the meter to do this.

“My house is about 30 metres from the street. This means that the remote unit does not link with the meter, and I cannot see the balance in my house.

“I have to walk outside with the remote unit until it is about 10 metres from the meter before it will link.”

Another gripe is the additional charge when using the online payment system.

“Why should I be charged additional to pay for electricity?” asked Burger.

“It seems that they transferred my TUMS balance in rand to the new meter in kWh units using the Tier 4 rate (R2.24/kWh).

“This feels like stealing because I should be charged according to the tier rates and not the highest rate.”

Utility services MMC Abel Tau admitted the metro “was not ready for the task of replacing the meters”.

“It has been tough when other companies were involved,” he said.

“I believe we could have done better leading up to the new meter roll-out in March, but this is where we are right now.”

“I have increased my team to ensure that some of the underlying issues are resolved.”

Tau said the roll-out process had also been plagued by contractual problems and disputes; however, he remained confident the metro could manage the roll-out “seamlessly”.

“Part of the problem was because some of the things we needed were not procured correctly. For example, we had a stack of meters that didn’t communicate with the software.”

He said they had since resolved some of the problems, and also decided to slow down the roll-out as the metro still had four months as per the court order.

Tau said some of the issues would be “ironed out” in meetings with service providers involved in replacing the meters.

“If any providers are not performing, they must be fired. You cannot fail on basics like these.”

He said the right decision was taken to replace the old meters as they were costing the city a fortune.

“We apologise, but I believe we took the right decision.”

Other residents shared similar sentiments during a meeting with the mayor and his mayoral committee recently.

Some said they were given new meters, but with no instructions on how it worked.

“People would call the call centre to inquire about the meters and how they work, but they (the call centre staff) are not trained and don’t know where we can buy electricity,” a resident, who wanted to remain anonymous, told the meeting.

“At least with TUMS we could buy electricity easily and directly.

“You have an expenditure of rolling out the prepaid meters; however, on the revenue side, which is the most important side, you have no process in place.”

The resident said other residents told her she could purchase electricity at Spar and Pick n Pay.

“Why can’t I pay electronically? Why is it not on the e-Tshwane system? How easy is that?”

She further said there was a lack of teamwork in the municipality.

“Your left hand doesn’t know what the right hand does.

“The same with the electricity department. You remove meters, but you keep on estimating on an account. Months later it’s a disaster and we have to go to Princess Park to find the meter, take the reading and come back.”