According to residents who want to remain anonymous due to fear of being targeted, the environment is tense and blood is being spilt. 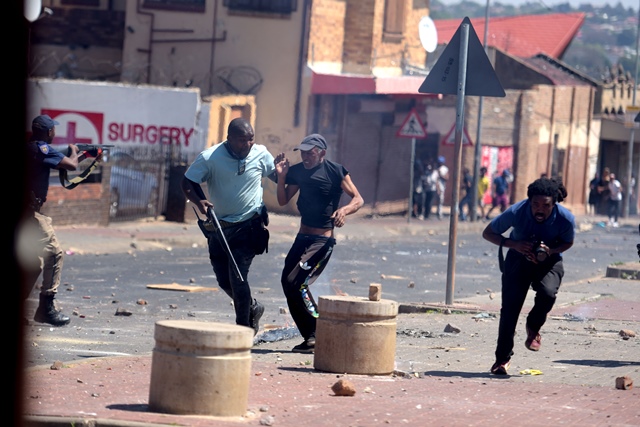 Westbury residents are living in fear amid a turf war between gangs in their suburb.

Political leaders yesterday committed to curbing gangs in the area.

Supporters of both gangs had a brawl at the Johannesburg Magistrate’s Court, leading to several arrests.

Brown was expected to appear in court again today for a bail application. He allegedly murdered a member of the Fast Guns gang.

According to people in the community who want to remain anonymous due to fear of being targeted, the environment was tense and blood was being spilt.

“Turf wars are always a reality … but it is getting tense again,” said one resident. He spoke of new faces being seen in the area and “threats going around”.

According to a second resident, Westbury is the traditional turf of the Fast Guns, but the Veraldos had lately been selling drugs at a rate that was running the Fast Guns out of business, leading to increasing violence.

Three weeks ago, two brothers were fired on while they were asleep, apparently by members of the Fast Guns.

Another person close to the Veraldos gang said there had been several shootings in Westbury by the Fast Guns.

Justice Minister Ronald Lamola confirmed that guns and other weapons were found on those arrested after the courthouse brawl.

“We cannot allow gangs and criminals to disrupt the justice system,” he said. “They were searched and weapons were found.

“This issue was foreseen but, unfortunately, there was a lapse [in security], with the gangs being brought to court at the same time.”

Member of the mayoral committee for public safety Michael Sun tweeted about a looming turf war in Westbury and that Johannesburg Metro Police Department officers had been dispatched to monitor the situation.