Jabu Baloyi was the family breadwinner, and Mpho Letsane does not know how to cope with raising three children as a single mother. 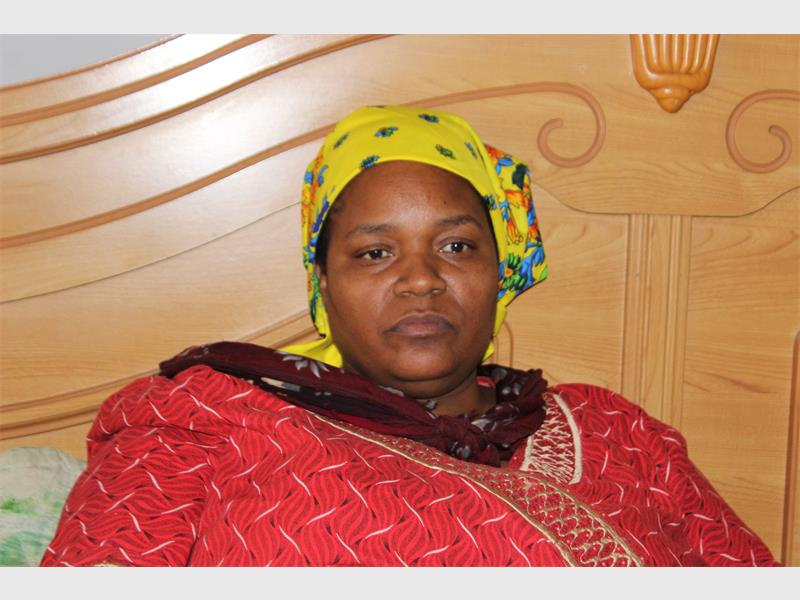 Mpho Letsane, wife of Jabu Baloyi, who was allegedly killed confronting a drug dealer in the Pretoria CBD last week.

The widow of the Pretoria taxi driver killed by alleged drug peddlers last week is struggling to cope without her family’s breadwinner, she told Pretoria North Rekord.

Mpho Letsane, whose husband Jabu Baloyi was allegedly shot dead by a foreign national he had confronted for apparently selling drugs at Bloed Street taxi rank, said they had three children aged five, 16 and 21, and that she was unable to rest until she knew what had really happened to him.

She described Baloyi, who was laid to rest on Sunday, as a caring man who loved his family.

“I knew him for more than 23 years. My husband was a caring man… a man who loved his family,” she said.

Letsane thanked community members for the support they have given to her family through this time.

She said Baloyi was the family breadwinner and did not know how she would cope with raising the children as a single mother.

“I am going to struggle alone and my children might end up not going to school because I am the only one now and where I work is a temporary job.”

She pleaded with the government to help her get a job so she could support her family.

“My firstborn is a student at Unisa, and he is now going to have to drop out because I do not have money to take him to school,” she said.