No one is allowed access into the exclusion zone, which includes everything inside Diagonal, Pritchard, Simmonds and Commissioner streets in the CBD. 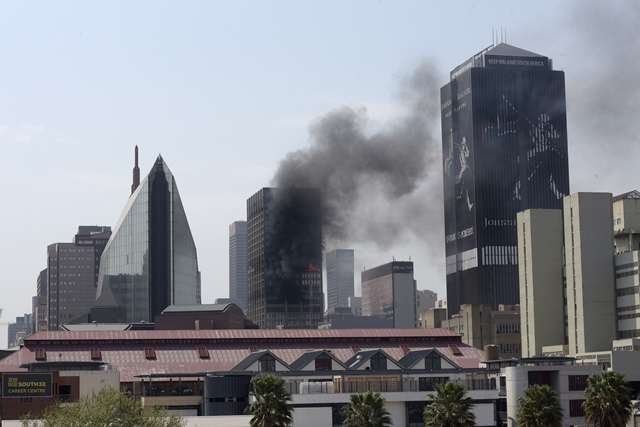 The Bank of Lisbon building in the Johannesburg CBD was demolished on Sunday morning.

The Johannesburg building was where a blaze claimed the lives of three firemen last year.

Last week, the Gauteng provincial government confirmed that the Bank of Lisbon building will be imploded on Sunday.

The decision came after a structural assessment on the building was conducted, following the fatal fire in September 2018.

“After an assessment was conducted by structural engineers, it was discovered that the fire caused severe damage to the slabs of the burnt floors and posed a threat of collapsing if left [unchecked],” infrastructure development department head, Bethuel Netshiswinzhe, said this past Wednesday.

Netshiswinzhe said the department has contracted Jet Demolition (Pty) Ltd, as part of a competitive bidding process, to provide the implosion service.

“The contractor has completed pre-demolition works that includes amongst others decanting, salvaging, stripping of walls, ceilings and carpets, wrapping of the walls and demolition of basement floor slaps around the main structure core,” he said.

He said the project and clearing of site will be completed in March 2020.

“Following that the site will be prepared for future building in order to meet the accommodation needs of GPG, plans that I will soon communicate.”

The following streets are currently affected by closures.

Netshiswinzhe said residents in the affected area will be able to access their residences through created pathways. However, no one will be allowed access into the exclusion zone, he said.

“The exclusion zone includes everything inside Diagonal, Pritchard, Simmonds and Commissioner streets. This includes buildings, rooftops, parking, streets and parks.

“SAPS will remove any persons or vehicles found in the exclusion zone. Residents will be evacuated at 06:30 on Sunday. They will be accommodated in Bank City for a duration of up to three hours,” he said.

“Once the building has been imploded and cleared, residents will be allowed back. This should be able to happen at 09:30.” 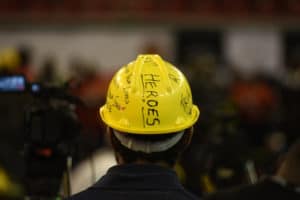 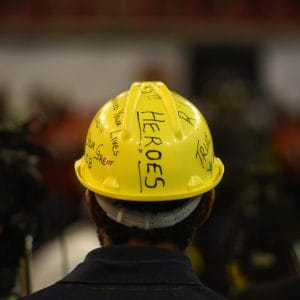 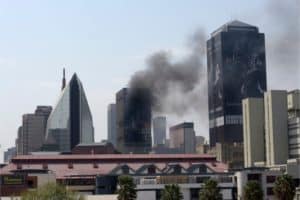 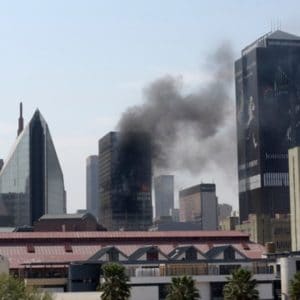 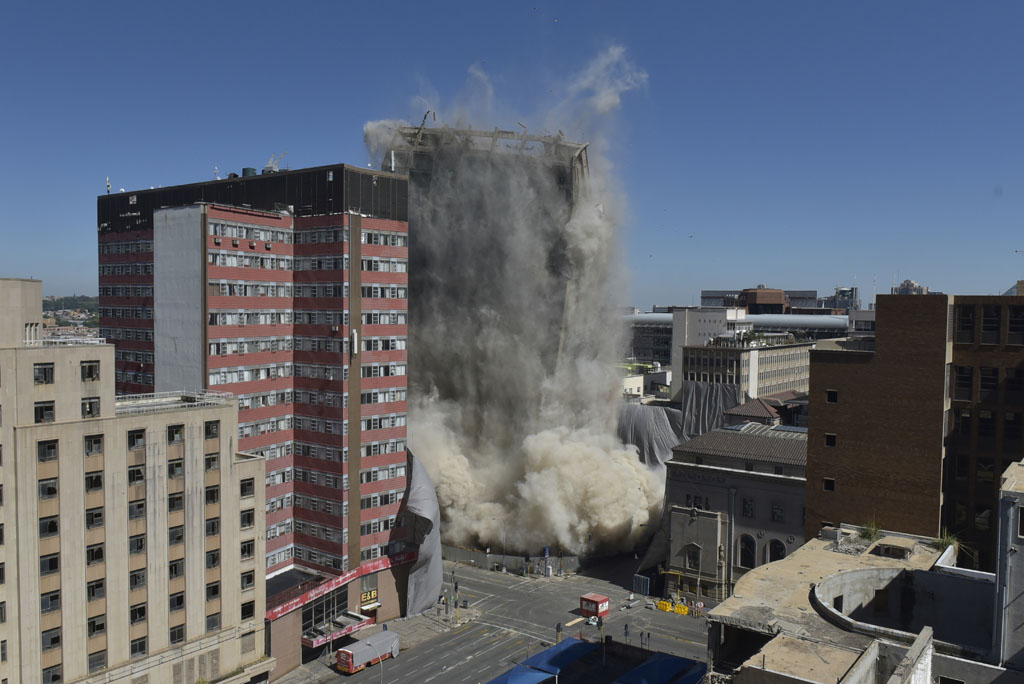