It is not known when a curious batch of caracals may be brave enough to venture through the botanical gardens again. 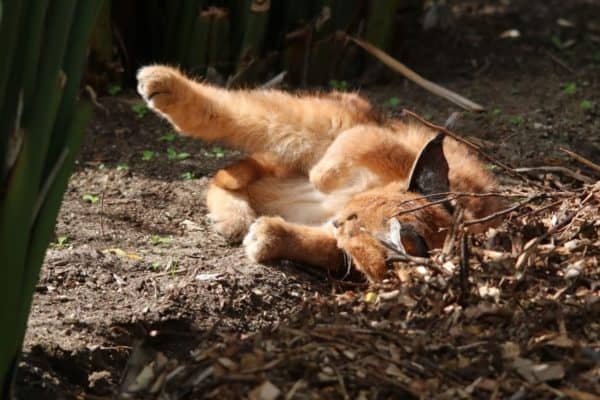 A rather common wildcat sighting across South Africa, but perhaps not so much in Kirstenbosch Botanical Gardens in Cape Town, caracals have surprised unsuspecting visitors in the urban park of late.

A number of photographs have emerged over the past week documenting two fierce caracal kittens, busy napping or hunting – something Kirstenbosch visitors definitely do not get to see everyday.

This is because caracals are most active at sunrise or sunset.

But these kittens seem to have made themselves quite comfortable.

And, being cats, their curiosity cannot be discounted, with younger caracals more likely to occasionally explore areas with known human activity. 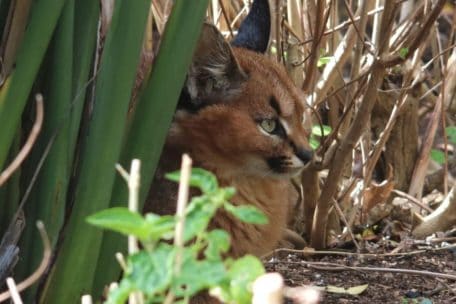 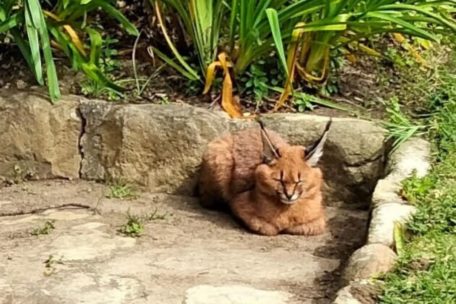 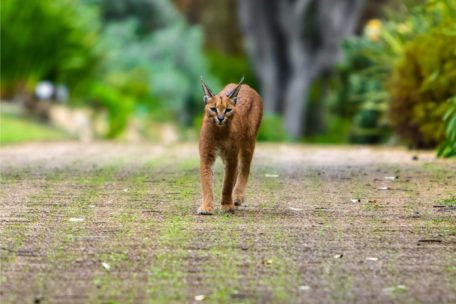 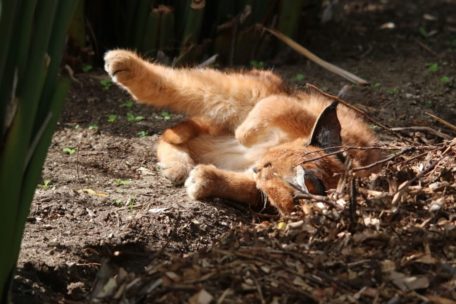 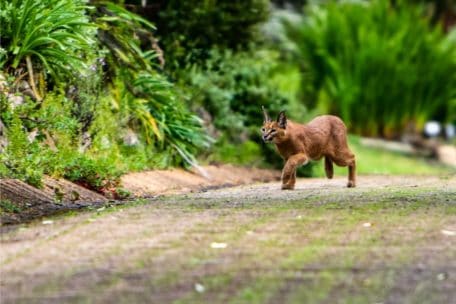 Ordinarily, though, caracals are quite solitary, preferring to be observers rather than in the spotlight.

This is perhaps what makes the kitten sightings more special – it is not known when a curious batch of caracals may be brave enough to venture through the botanical gardens again.

Male caracals who reside in Cape Town typically weigh around 13kg, and females about 9kg. Felis Caracal are medium-sized cats that can launch themselves up to five metres in the air.

This is done to hunt for their favourite meal – birds. They also hunt small mammals, but have the capacity to bring down a reedbuck, duiker or even livestock such as sheep.

They can climb trees, are strong and run relatively fast, thanks to their lanky limbs and big paws, and can live to be up to 12 years old in the wild.

Females have about one litter of one to four kittens a year, and they will stay with the mother for up to a year.

If a caracal crosses your path, it is likely to be more cautious and afraid of you. But be sure to keep your distance – even the shyest animal can become aggressive when it feels threatened.

And ensure your pets are nowhere near said caracal either, as this could end badly for your furry friend.

Where do they live?

Caracals are mostly found in the mountainous part of the Eastern Cape, but are endemic to the Garden Route. They can survive in virtually any conditions, from dry to wooded.

ALSO READ: Insect numbers under threat… which could threaten humanity

Caracals are found in most nature reserves in Cape Town, especially those with an abundance of fynbos.

Due to their penchant for hunting, caracals thrive in grassy regions of the North West, western parts of Limpopo and the Karoo. They are also present throughout KwaZulu-Natal.

This has, however, earned them a contentious reputation with farmers, who regard them as pests. Strife between caracals and farmers continues throughout the country.

According to the International Union for Conservation of Nature’s red list, caracals in Africa are of least concern.

However, caracals are hunted for their skins and for bush meat in central and western parts of Africa, and are threatened by constant habitat loss.

In Asia, caracals are listed as endangered, and they are highly endangered in India.