Man dies after being electrocuted at Tshwane substation

His body was discovered by an Eskom technician, who was responding to a call relating to the disrupted p 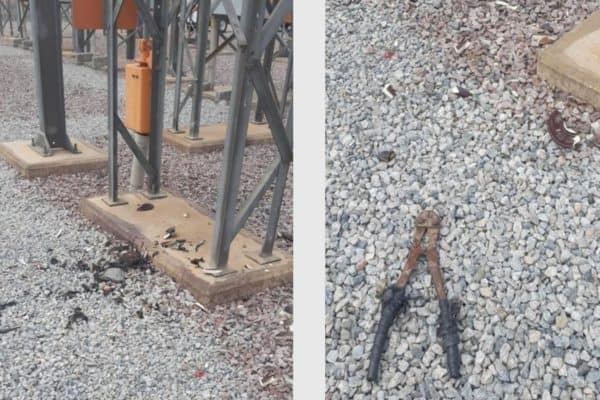 Photos of the scene at Babelegi Substation in which a man was electrocuted to death. Photos: Supplied

A 33-year-old man has died after he was electrocuted at Eskom’s Babelegi main substation in Tshwane.

Preliminary investigations reveal the man had illegally entered the premises on Sunday through a locked gate meant to prevent unauthorised access into the substation. The man is believed to have cut the gate lock.

His body was discovered by an Eskom technician, who found him hanging over an 11kV bus coupler isolator structure.

A bus coupler is a device used to couple one bus to the other without interrupting in the power supply and without creating hazardous arcs.

The technician was responding to a call relating to the disrupted power supply in the area.

“The loss of life deeply saddens us, and we extend our sincere condolences to the family of the deceased. We are concerned about the increase in theft and vandalism of our infrastructure as these illegal activities have resulted in too many injuries and deaths,” said Eskom in a statement.

“We have intensified our customer education to raise awareness on the dangers of illegal operations on our network as an intervention to reduce such illegal acts,” said Eskom’s safety and health manager in Gauteng, Kith Maitisa.

Maitisa said the power utility would continue to intensify its efforts to safeguard its assets by partnering with the police and other law-enforcement agencies to ensure that illegal activities are contained and avoided.

Members of the public and individuals are further encouraged to report any persons interfering with the electricity network and those conducting any illegal activities to the Eskom Crime Line on 0800-11-27-22.

Back in August, a man and his 12-year-old nephew were killed after being electrocuted by a low-hanging line while harvesting avocados.

The incident took place in Enkangala, on the border between Mpumalanga and Gauteng.

The boy used a steel pipe to prod the fruit off the tree when the rod touched an electricity line overhead. The child’s uncle was electrocuted while trying to help him.

'It's an assumption': Duarte clarifies ANC's claims of sabotage at Eskom
9 hours ago
9 hours ago

Stage 4 load shedding cripples businesses - and costs about R2.8bn
17 hours ago
17 hours ago

'It's an assumption': Duarte clarifies ANC's claims of sabotage at Eskom
9 hours ago
9 hours ago

Stage 4 load shedding cripples businesses - and costs about R2.8bn
17 hours ago
17 hours ago