Road Freight Association CEO Gavin Kelly told 'The Citizen' that the issues at the border were currently being dealt with. 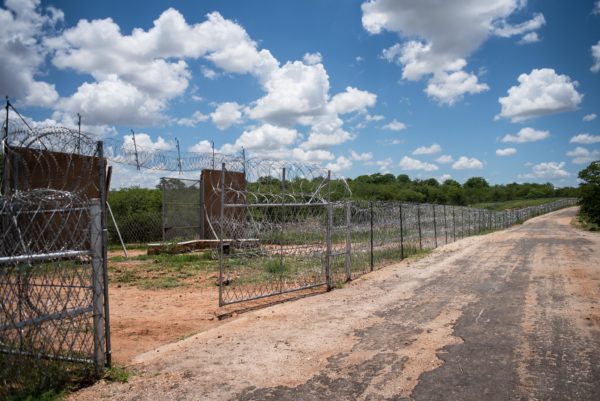 A gate left open and unguarded along the border fence between South Africa and Zimbabwe near the Beitbridge border post in Limpopo on 5 January 2021. Picture: Jacques Nelles

Trucks and other vehicles have queued up yet again at the Beitbridge border post in Limpopo, however, the situation at the crossing between South Africa and Zimbabwe has slightly improved.

This is after reports emerged that vehicles have been stuck in queues reaching 15km and truck drivers are taking up to five days to cross the border, with no facilities and amenities to accommodate people.

According to eNCA, the delays are due to a new commercial terminal, access fees and a slow electronic system.

Road Freight Association (RFA) CEO Gavin Kelly told The Citizen that the issues at the border were currently being dealt with.

“The situation at Beitbridge improved quite a bit yesterday late into the evening [on Monday night]. Thank goodness Beitbridge is a 24-hour border post, which allows us to continue operating.

“Some of the challenges there are relating to a new process that was implemented on Zimbabwe’s side and obviously we aren’t pointing fingers at any side because that does not resolve issues. One needs to find where the problems are or the causes for whatever is happening.

“[The issues] are being worked on and hopefully we can get those resolved today because we had some trucks to move through last night which was a lot faster than normal. So some of the things we are doing are actually beginning to bring some benefit,” he said.

Kelly said one of the issues raised was that when trucks got to the border, the drivers did not have the required paper work.

“That’s not in terms of clearing that’s in terms of this new process that is required. So hopefully we can get all that electronically done and if there payments related to that, which at this stage are only being accepted as cash.

“If we can get that change into an electronic pre-payment process of some sort hopefully we can get back a freer flow,” he added.

The Democratic Alliance (DA) has since called on government to urgently intervene and address the situation at the border.

“The DA calls on the Minister of Home Affairs Aaron Motsoaledi to engage with his Zimbabwean counterpart as a matter of urgency following reports that growing numbers of trucks have been stuck at the Beitbridge border post for more than five days before being processed into both countries,” DA shadow minister of Home Affairs, Angel Khanyile said in a statement.

Khanyile said the truck drivers stuck at the border posed a health risk with both South Africa and Zimbabwe still in the midst of the Covid-19 pandemic.

She said the DA called on Parliament’s portfolio committee on home affairs to carry out urgent oversight at Beitbridge.

“The South African and Zimbabwean economies are both dependent on truck drivers and they cannot be put in harm’s way because of a failure to plan contingencies during the renovations at the border,” she added.

Congestion at Beitbridge is not new after one truck driver died in December last year while waiting to cross the border post.

Issues hit the post particularly hard towards the end of last year, as the annual influx of travellers to and from Zimbabwe, coupled with trucks needing to pass through, were delayed even further due to Covid-19.

'We didn't vote for DA to get positions, we wanted ANC out' - Mashaba
2 hours ago
2 hours ago
PREMIUM!

'We didn't vote for DA to get positions, we wanted ANC out' - Mashaba
2 hours ago
2 hours ago
PREMIUM!