The informal settlement has become a dumping ground for waste trucks to offload garbage. 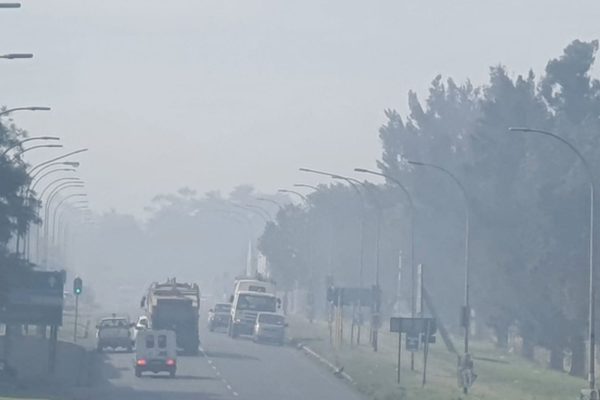 Brakpan’s air quality has been severely compromised after a fire spread to the area’s landfill site, engulfing the waste dumped there.

Thick clouds of dust and smog clung to the air as the Weltevreden landfill site, situated in Brakpan next to Plastic City in Ekurhuleni, caught fire.

The Ekurhuleni’s disaster and emergency services officials were on site on Monday to put out the blaze.

Preliminary investigations identified the nearby informal settlement as the possible source of fire that engulfed the waste at the Weltevreden landfill site.

Firefighters worked hard to contain the blaze as strong winds hit the area.

Plastic City informal settlement is considered to be a hotspot for informal recycling activities in the Brakpan area.

Many waste collecting trucks prefer to dump waste at the informal settlement, instead of the Weltevreden landfill site, apparently because of cost issues.

No structural damage or human injuries were reported.