A hundred senior employees out of 121 at Eskom have also not co-operated with the agency's vetting processes. 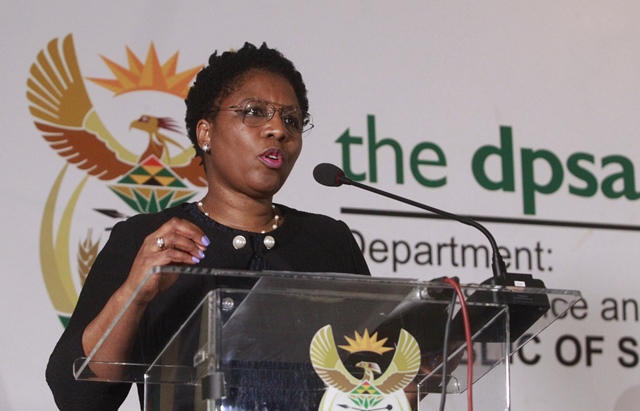 The State Security Agency (SSA) stopped short of telling parliament’s standing committee on public accounts (Scopa) that its hands were tied when it comes to repercussions against individuals in the public service who refuse to be vetted.

Appearing before the committee on Tuesday, the agency’s acting deputy director-general for counterintelligence, Sipho Blose, revealed there were “senior people in the government who don’t want to be vetted”.

He added 100 senior employees out of 121 at Eskom have also not co-operated with the agency’s vetting processes.

“Chair, there are 121 senior management officials at Eskom who were meant to be vetted, but only 21 complied,” Blose told the committee. “It’s important that we vet these officials for Eskom to turn things around.”

The response by Blose prompted committee members to question what recourse there was in the event that officials do not co-operate.

According to State Security Minister Ayanda Dlodlo, there was no recourse to enforce it.

This despite the fact that the government approved the national vetting strategy in 2006 which aimed to, among others, capacitate all organs of state with personnel suitability checks as well as to establish vetting fieldwork units at 17 identified organs of state.

Dlodlo added she was of the view that certain regulations, which govern SSA processes, needed to be overhauled.

In response, committee chairperson Mkhuleko Hlengwa assured the minister that “we will make sure Eskom [employees] comply”.

“As a state-owned enterprise, it must adhere to SSA processes”.

'It's an assumption': Duarte clarifies ANC's claims of sabotage at Eskom
8 hours ago
8 hours ago

Stage 4 load shedding cripples businesses - and costs about R2.8bn
15 hours ago
15 hours ago

'It's an assumption': Duarte clarifies ANC's claims of sabotage at Eskom
8 hours ago
8 hours ago

Stage 4 load shedding cripples businesses - and costs about R2.8bn
15 hours ago
15 hours ago