'We are aware that there is a threat to not make us start in time,' Thandi Modise said. 'We think we are not overly worried.' 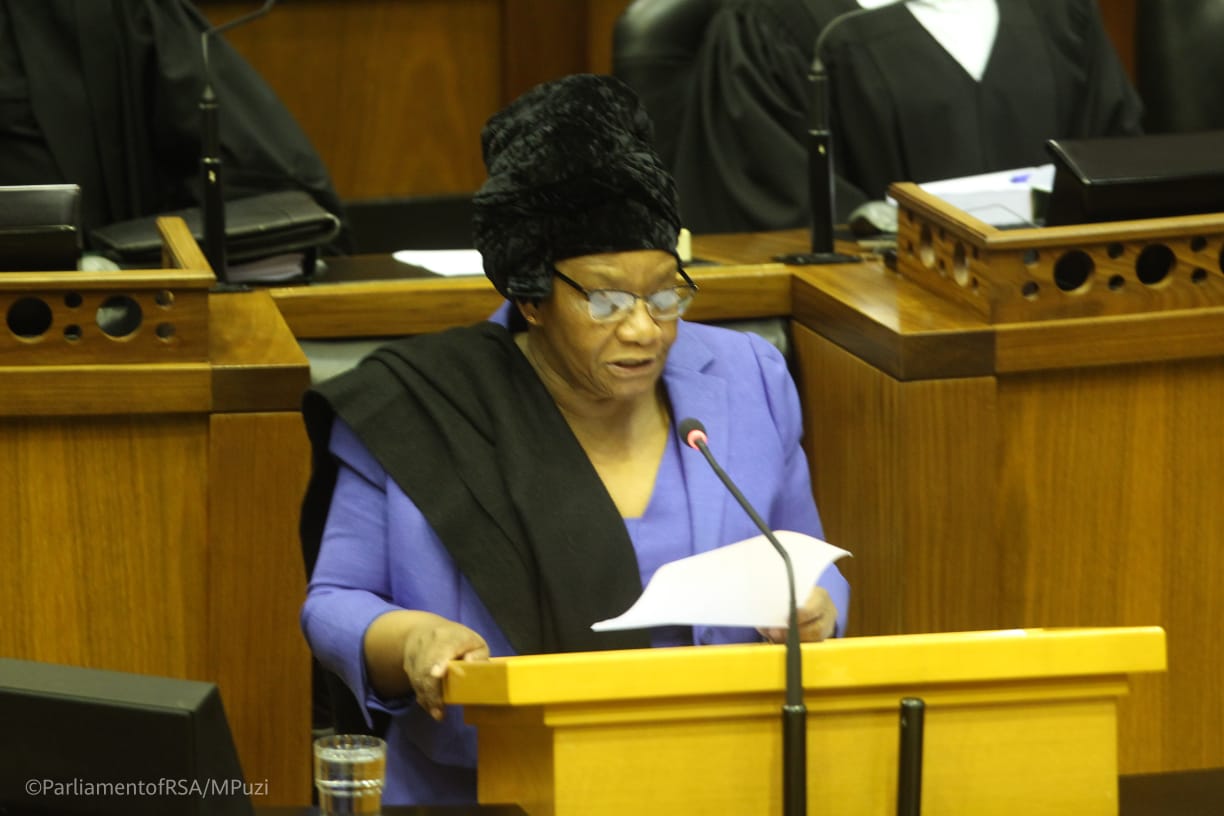 It’s Wednesday evening, about 24 hours before President Cyril Ramaphosa is due to deliver his State of the Nation address (Sona). And National Assembly Speaker Thandi Modise’s biggest concern is that there will not be enough seats for everyone…

Modise, her deputy Lechesa Tsenoli, chairperson of the National Council of Provinces Amos Masondo and his deputy, Sylvia Lucas, went through a drill for Thursday evening’s ceremonial proceedings.

“We are very satisfied,” Modise said, when asked about parliament’s preparedness for Sona.

“We’ve just done our drill. We’ve met the young woman who is going to be doing the poetry. We are ready for tomorrow.”

Asked what her biggest concern was, she said it was that they were “oversubscribed”.

“That we might not have enough seats. Everybody who wants to come is on our back.”

The EFF has indicated that they intend to stop Ramaphosa addressing parliament if Pravin Gordhan is still in his post as minister of Public Enterprises, and if a Cabinet shuffle is not on the cards in the next 24 hours.

“We are aware that there is a threat to not make us start in time,” Modise said.

“We think we are not overly worried. We have the joint rules and we will be able to deal with the situation as it arises.

On Monday, the EFF alleged that police members would swell the ranks of the National Assembly’s support services – also known as the “bouncers” or “white shirts”. It is unconstitutional for police officers to remove MPs from parliament.

Asked if there were any special measures for Thursday evening’s proceedings, Modise said: “Parliament is a critical infrastructure point, no longer called a key point. It means that at all times you have members of the police whose duty it is to ensure that life and property are secure. So that is their job.

“As far as the House is concerned, we have our rules in order. We think that we will be able to manage and get by. We’re not really worried.

Later, parliament said the tweet was sent erroneously and that Zuma had not confirmed his attendance.

Asked about this, Modise said: “To date, former president Zuma has not confirmed his attendance. So we don’t know where the confusion came from. The spokesperson [of parliament, Moloto Mothapo] will be looking into that. And he will be telling us what happened.”

Lucas said she and Modise were better prepared for this Sona than the one in June last year.

“We’ve learned our lesson, we are not wearing high heels,” Lucas said, causing Modise to burst out laughing.