Mkhwebane has filed an urgent application in the Western Cape High Court asking for an interdict to halt the parliamentary process. 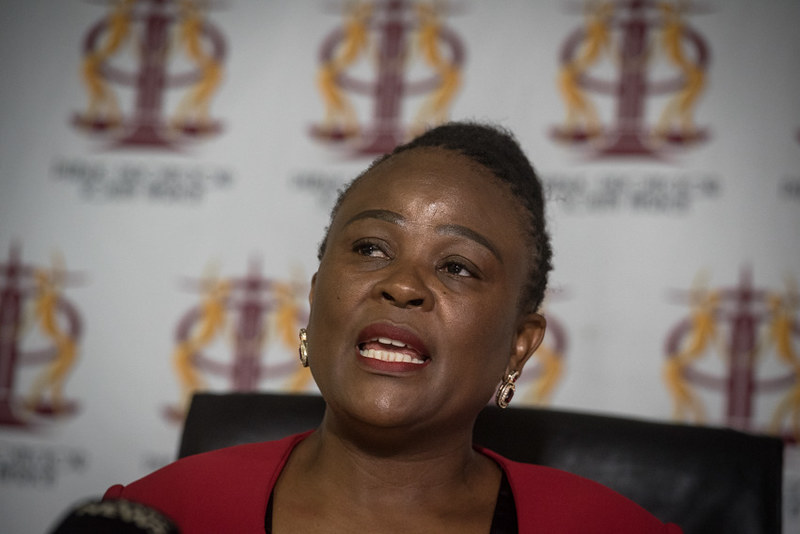 National Assembly Speaker Thandi Modise is considering another DA motion to remove Public Protector Busisiwe Mkhwebane after the previous motion was withdrawn and another submitted.

On Friday, DA chief whip Natasha Mazzone announced the party had submitted further “evidence” – of more than 7,000 pages – to Modise to strengthen its motion for Mkhwebane’s removal.

“With over 7 000 pages to support our motion, the DA hopes that Parliament will act swiftly by establishing an ad hoc committee for Mkhwebane’s removal proceedings. There has been mounting evidence and continuous blunders to support our calls for her removal since the submission of our motion,” Mazzone said in a statement at the time.

On Tuesday, parliament’s spokesperson Moloto Mothapo said in a statement Modise had received correspondence from Mazzone “advising of the withdrawal of her motion proposing that proceedings be started to remove the Public Protector from office”.

“Ms Mazzone has submitted a new motion on the same matter on February 21, 2020,” Mothapo said.

Mazzone lodged the initial motion with Modise in December, three days after the National Assembly adopted rules for the removal of the head of a Chapter 9 institution like the Public Protector.

Last month, Modise gave the green light to the initial motion, which set in motion a process to appoint a panel of three people to decide whether there is a prima facie case for Mkhwebane’s removal.

Modise would have appointed this panel – after receiving nominations from all parties in parliament – by the end of this month.

However, this now falls away.

“The withdrawal of the DA’s motion, which was tabled in December 2019, means that the attendant process that subsequently ensued, which includes the establishment of an external panel of experts to conduct a prima facie assessment of the motion, falls away. Before the withdrawal of the earlier motion, the speaker was in the process of selecting qualified persons to serve on the panel and was due to announce their names by the end of this month,” Mothapo said.

“The speaker will now apply her mind to the new motion, to determine if it meets the requirements provided for in the rules of the [National] Assembly and make a fresh decision.

“The rules provide that if the motion meets the requirements, the next step would be to establish an independent panel of experts to make a preliminary assessment of the motion. The panel members, who are nominated by political parties and appointed by the speaker, must be three fit and proper South Africans who, collectively, have the legal and other skills and experience to do this assessment.”

Mkhwebane has railed against the institution of removal proceedings against her and filed an urgent application in the Western Cape High Court asking for an interdict to halt the parliamentary process. She argued that the rules were illegal and unconstitutional.

Apart from the interdict to halt the removal proceedings, she also asked the court to declare the rules for her removal unlawful and for an order to compel Modise to provide her with the reasons for her decision to approve Mazzone’s original motion.