Deputy Defence and Military Veterans Minister Thabang Makwetla said other departments were slow in honouring their financial obligations to the SANDF. 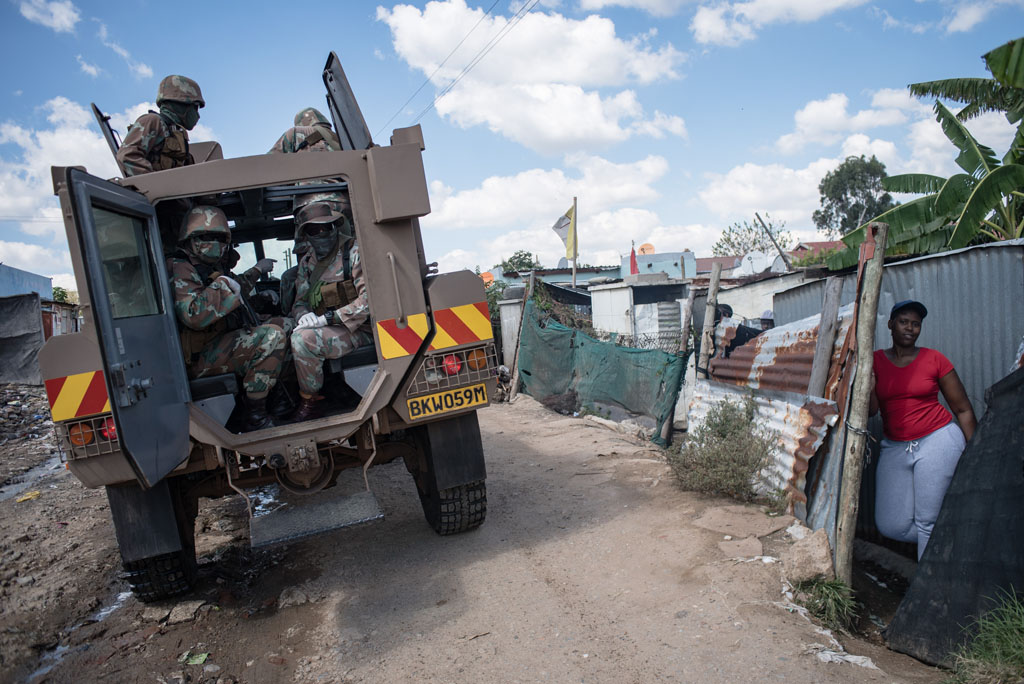 An SANDF Mamba armoured personnel carrier can be seen in Diepsloot during a patrol on day 21 of the national lockdown to prevent the spread of the Covid-19 virus, 16 April 2020, Johannesburg. Picture: Jacques Nelles

With the deployment of 73,000 soldiers, the department of defence is hoping National Treasury will be sympathetic towards the SA National Defence Force (SANDF) in allocating its budget.

Addressing the Portfolio Committee on Defence and Military Veterans on Tuesday, the secretary of defence, Sam Gulube, said the department had requested an “additional budget” and he hoped the committee would support the request.

“I hope for a sympathetic ear from Treasury,” he said, adding the department had to deploy about 73,000 soldiers to help with the government’s response to the Covid-19 pandemic.

Gulube added there was specific equipment the SANDF would require to fulfil its Covid-19-related duties.

Deputy Defence and Military Veterans Minister Thabang Makwetla said other departments were slow in honouring their financial obligations to the SANDF.

“The department is forever caught between a rock and a hard place because it is an emergency department.”

He said the department could not defer its work until another department had paid it.

Two weeks ago, President Cyril Ramaphosa, in a letter, informed parliament he had authorised the deployment of an additional 73,180 members of the SANDF to assist the police in battling the spread of Covid-19.

Ramaphosa said the extra troops would be deployed until 26 June, augmenting the 2,280 who were already on the ground.

The deployment will cost the fiscus almost R5 billion and it will consist of regular, reserve and auxiliary forces.