Deputy Speaker Tsenoli laughs off rumours of his death, but stays careful

According to Tsenoli, the problem arose after a television news show reported on Komeni's death, but used a picture of him. 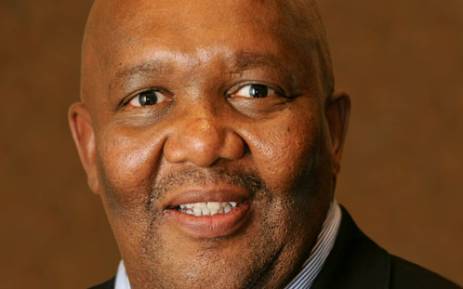 National Assembly Deputy Speaker Lechesa Tsenoli can relate with the immortal words of Mark Twain, who wrote: “The report of my death was an exaggeration.”

After the death of Amos Komeni, a project administrator in Tsenoli’s office due to Covid-19 in April, some thought it was Tsenoli who passed. Tsenoli, however, is alive and well, and doing everything in his power to ensure that the rumour doesn’t become a reality.

In a note about this experience, Tsenoli writes the death of Komeni, or Bra A, as he was known, “traumatised us because it was so unexpected and really left us shocked”.

“He wasn’t just a statistic. Many unfortunately will pass on and only their families will know about them,” Tsenoli wrote.

“What I, at least did not expect, is that I would be assumed to have died myself as a result of a misunderstanding.”

Tsenoli said on the weekend following Komeni’s burial that he had received “several calls to confirm that [he] had died”, from as far afield as Maseru, Lesotho, eThekweni in KwaZulu-Natal, Welkom and Bloemfontein.

“My son in Bloem called to ask me, strangely, how I was and whether I was OK. He did not tell me he had heard bad news.

“Another friend, the second to do so after one in Pretoria, told mutual friends that he would confirm it with me directly whether I was dead or alive!”

According to Tsenoli, the problem arose after a television news show reported on Komeni’s death, but used a picture of him.

“It appears it is this way of reporting that created the story of my ‘death’!”

While Tsenoli laughed about the “exaggerated rumours” of his death, the ordeal did provide a reality check.

“I belong to the over-60 category with a comorbidity, and therefore vulnerable.”

He writes that friends recently called him to ask whether he was Covid-positive, after “some fellow was going around spreading ‘these news’.” They were outraged why, having spoken to him, he had not told them.