Bongo will continue to serve on the committee as an ordinary MP. 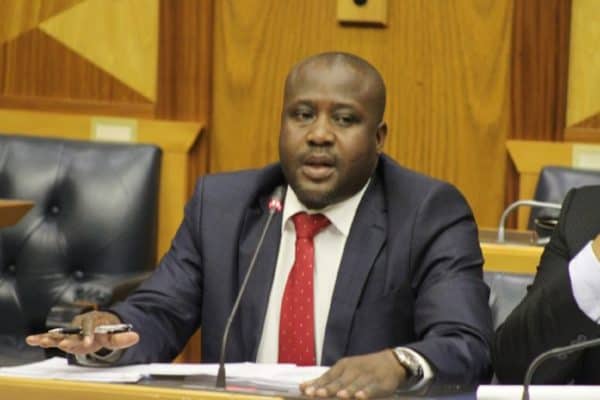 The ANC has removed controversial MP Bongani Bongo as the chairperson of Parliament’s home affairs portfolio committee, as part of changes to its parliamentary caucus list of chairpersons and whips.

Bongo will continue to serve on the home affairs oversight committee as an ordinary MP.

Fees Must Fall activist Nompendulo Mkhatshwa was appointed as chair of the higher education, science and innovation committee.

This follows the appointment of Philly Mapulane to Cabinet as the deputy minister of communications and digital technologies.

The chair of the portfolio committee on cooperative governance and traditional affairs, Faith Muthambi, was moved to the oversight committee on environment, forestry and fisheries.

Former Eastern Cape MEC Fikile Xasa will take over as the chair of the committee on cooperative governance and traditional affairs.

ANC parliamentary caucus spokesperson Nomfanelo Kota said the changes were made due to the recent Cabinet reshuffle.

“In its totality, the ANC parliamentary caucus list of chairpersons and whips is tilted towards gender parity especially with regards to women representation and reflects a true commitment to the principle of non-sexism,” Kota said in a statement.

READ NEXT: Opposition questions why SA still has deputy ministers