The president will answer questions in the National Assembly on Friday. 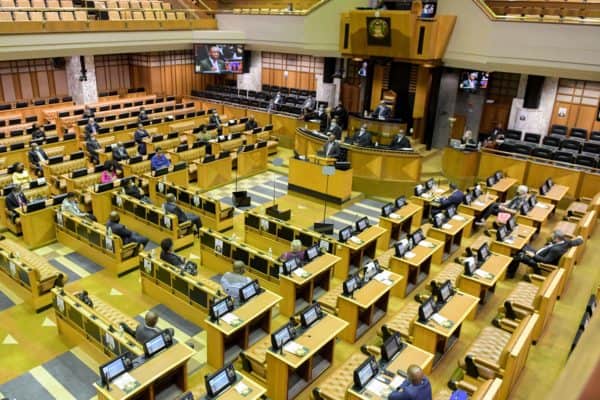 President Cyril Ramaphosa is expected to update Parliament this week on a range of issues, including government’s progress in the implementation of the country’s economic reconstruction and recovery plan.

Ramaphosa will answer questions in the National Assembly on Friday.

The president first presented the economic reconstruction and recovery plan to a joint sitting of Parliament in October of 2020. The plan aims to create jobs, re-industrialise the country’s economy and accelerate economic reforms.

ALSO READ: Ramaphosa: Babita Deokaran ‘was a hero and a patriot’

Ramaphosa will also update MPs on government’s efforts to advance social cohesion and nation-building, and on the progress in turning around local government.

“The president will also outline developments in South Africa’s Covid-19 vaccination programme, particularly in relation to employer and employee responsibilities and rights in the context of protecting lives and livelihoods,” acting Presidency spokesperson, Tyrone Seale, said in a statement on Sunday.

Ramaphosa will also touch on how the recent changes to his Cabinet form part of improving the capacity of government. The president’s Cabinet reshuffle earlier this month included the appointment of 10 new ministers and 11 deputy ministers.

Ramaphosa is also will also update MPs on the process of compensation for people affected by the Marikana Massacre. Earlier this month, the Department of Justice said it had paid around R70 million to 35 families of the victims of the massacre.

READ NEXT: Marikana Massacre: 9 years on, still no one has taken responsibility

We will not protect any ANC leader accused of corruption, says Ramaphosa
30 mins ago
30 mins ago

We will not protect any ANC leader accused of corruption, says Ramaphosa
30 mins ago
30 mins ago