Thursday's session in the National Assembly will start at 2pm and will be a hybrid plenary sitting. 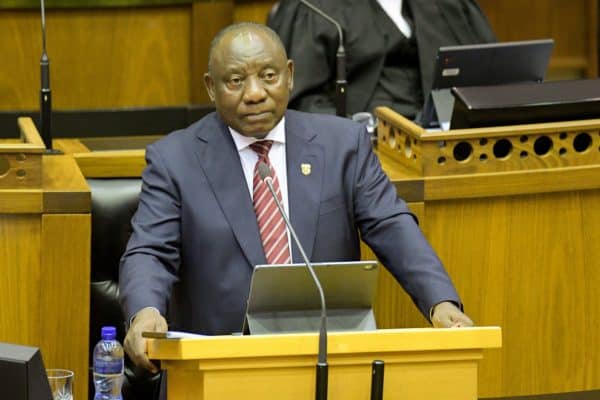 President Cyril Ramaphosa on Thursday afternoon is due to appear in the National Assembly for his quarterly question and answer session with members of Parliament (MPs).

Ramaphosa is expected to answer a wide range of questions from MPs, such as Eskom, the stability of local government in the wake of the recently concluded local government elections, and the hostage drama in October involving Cabinet ministers, allegedly orchestrated by military veterans.

Democratic Alliance (DA) leader John Steenhuisen will ask the president whether government’s has urgent plans to
reform Eskom and the country’s energy market to address the electricity crisis.

Economic Freedom Fighters (EFF) leader Julius Malema will ask Ramaphosa about the terms and conditions behind the R131 billion loan from a group of wealthy nations for South Africa’s just transition from coal to clean energy.

ALSO READ: Open letter to Ramaphosa: Appreciate the mood of the people

Thursday’s session in the National Assembly will start at 2pm and will be a hybrid plenary sitting due to the Covid-19 pandemic.

According to the Presidency, Ramaphosa will outline government’s roadmap towards the revitalisation of Eskom as part of the broader transformation of South Africa’s energy industry.

“On energy, the president will respond to questions relating to the economic impact of load shedding and South Africa’s approach to the R131 billion commitment by the United States of America, the United Kingdom, France, Germany and the European Union to support South Africa’s just transition to a lower-carbon economy.

“The president will also indicate measures that government is taking to ensure that the energy transition is just for the workers and communities who depend on coal-fired power stations for their livelihoods,” acting Presidency spokesperson Tyrone Seale said in a statement.

ANC North West to discipline councillors who voted for EFF mayor, speaker
21 hours ago
21 hours ago

ANC North West to discipline councillors who voted for EFF mayor, speaker
21 hours ago
21 hours ago