This is 'at odds with the discourse that unfolded within the alliance after Zuma was charged again following his recall', the SACP says. 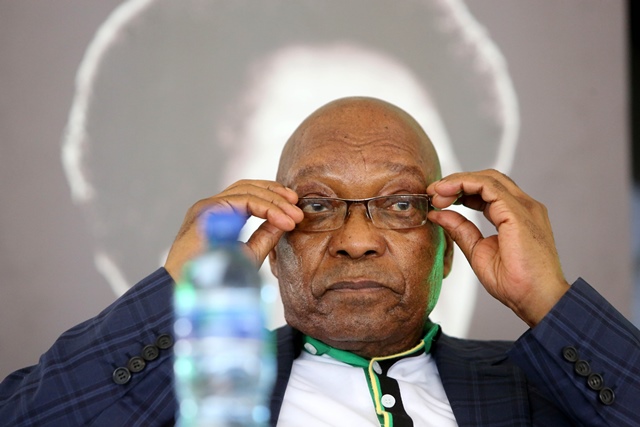 The ANC may have irked its alliance partners with a statement in which it appears to encourage its members to donate money to pay for former president Jacob Zuma’s defence in his corruption trial.

While trade union federation Cosatu spokesperson Sizwe Pamla refused to comment, and added they would discuss the matter “at a later stage”, the South African Communist Party (SACP) did not hide its disapproval.

SACP spokesperson Alex Mashilo suggested that the statement was ill-advised.

Asked whether the SACP had discussed starting a fund of its own to assist Zuma with his legal fees, the answer was “a big no”.

The ANC released a statement shortly after a social media account went live, posting an account number purportedly as a fund for Zuma’s legal fees, and warned against scam artists posing as supporters for the president.

The statement expressed sympathy for people who wanted to raise funds for the former president.

“The contribution of Cde Jacob Zuma towards the liberation of South Africa will not be forgotten, and therefore there may be South Africans who wish to assist him with these huge legal costs. The ANC shall not discourage any South African who wishes to do so. As the ANC we shall always respect the sacrifice and contribution of former president Zuma,” the ANC statement said.

“We welcome the ruling of the court and hope it will go a long way in shaping our constitutional democracy,” he said.

“Members of the ANC, either through donations or other forms, can assist our former president both as the former leader of the ANC and state president.

“I do not foresee any problem,” said Legoete.

The support for Zuma was a turnaround from when the ANC warned its members against wearing party colours when attending the start of Zuma’s trial earlier this year. The party asked members to show support in their individual capacity.

This week the High Court in Pretoria ruled that Zuma must pay his own legal costs.

The DA yesterday said they had noted the decision by the ANC to assist  Zuma with the millions of rands in legal fees.

They said in a statement: “This illustrates that Zuma and the ANC are still one family, despite President Cyril Ramaphosa’s so-called commitment to root out corruption at all levels of government.

“The ANC, in whatever form and whoever leads it, will always protect the corrupt and justify the indefensible. That the party is prepared to pay for Zuma’s legal fees shows that he truly is still in charge.

“The ANC needs him to campaign for the party ahead of the 2019 elections at all costs. Whatever commitment to ridding the ANC of any corruption is only empty words and promises.”

Ramaphosa: Without accountability, trust in government is broken
18 hours ago
18 hours ago

Ramaphosa: Without accountability, trust in government is broken
18 hours ago
18 hours ago