Not one word on Bosasa in Ramaphosa’s #SONAreply

In the second-to-last speech in the debate, DA MP Solly Malatsi said Ramaphosa refused to release the contract between his son and Bosasa. 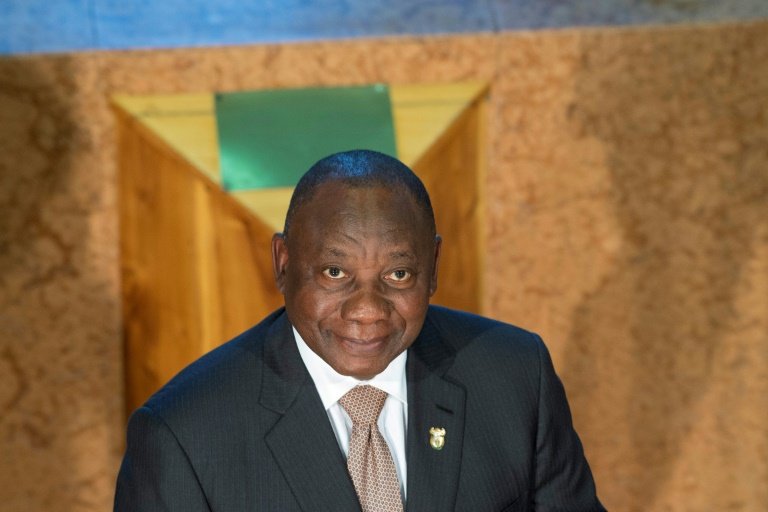 South African President Cyril Ramaphosa denied claims by a former comrade in arms that he sold out fellow anti-apartheid activists to the secret police in the 1970s. AFP/File/Rodger BOSCH

Most opposition speakers raised the Bosasa scandal in their speeches during the debate on the State of the Nation Address (SONA) on Tuesday and Wednesday, but not once in his response did President Cyril Ramaphosa mention the controversial company, which apparently provided R500,000 to his campaign to be elected ANC president.

Decrying corruption was a common thread in opposition speakers’ contributions and facilities management company Bosasa was mentioned often. Opposition parties demanded that Ramaphosa acts against those in his party who have been implicated in corrupt activities.

In the second-to-last speech in the debate, DA MP Solly Malatsi said Ramaphosa refused to release the contract between his son and Bosasa, which the DA requested in an application lodged in terms of the Promotion of Access to Information Act (PAIA).

Last year, in an answer to DA leader Mmusi Maimane in a question session in the National Assembly, Ramaphosa said his son Andile had received money from Bosasa for services rendered in terms of a consultancy contract. Ramaphosa said his son produced a contract between himself and Bosasa, which has since been renamed African Global Operations (AGO).

But the president later backtracked in a letter to National Assembly Speaker Baleka Mbete and claimed that the R500 000 payment in question was actually a donation that had been made to his ANC presidential campaign, which he was previously unaware of.

In a statement released on Thursday morning – before Ramaphosa’s reply – Malatsi challenged Ramaphosa to bring unredacted copies of the contracts with him to his reply “to assure South Africa that he and his family are not corrupt and are not beyond reproach”.

“If the president has less to hide than his son and AGO, he should have no problem rising to the occasion,” Malatsi said.

Ramaphosa did not address the concerns Malatsi raised in his speech, or anything about Bosasa, at all.

There were 5 911 words in the copy of Ramaphosa’s response that was sent to the media, excluding the part where he responded to Cope leader Mosiuoa Lekota’s allegations that he sold his comrades out in the 1970s.

But not once did he mention Bosasa.

The word ‘corruption’ only occurred once, when Ramaphosa spoke of strengthening the South African Revenue Service.

“As is evident over the last year, we are committed to strengthen this critical instrument for redistribution and are taking firm measures to reduce the potential for abuse – either through corruption or tax evasion,” Ramaphosa said.

Ramaphosa briefly addressed action against “those who squander and misappropriate public funds”.

This is what he said: “We need, as several Honourable members have said, to trim the fat, to reduce expenditure that is not essential to realise our priorities, to cut down on wastage and uncontrolled spending.

“Simply put, we need to be efficient in our use of financial resources.

“We are committed to getting value for our money through better systems, improved productivity and consequences for non-performance.

“The Public Audit Amendment Act significantly empowers the Auditor-General to act more directly against those who squander and misappropriate public funds.

“We will have already started work to ensure that the outcomes of investigations by the Special Investigating Unit are more rigorously and speedily acted upon.”

He said that the investigating unit which is to be established in the office of the National Director of Public Prosecutions isn’t a replacement for the Scorpions. In fact, he clarified that the Special Investigating Unit would focus on specific areas that need proper investigation that will lead to prosecution.

Another common theme during opposition members’ speeches was that Ramaphosa was part of what he later termed the “nine wasted years” of the Zuma administration.

This wasn’t directly addressed by Ramaphosa.

Other words that didn’t roll of the presidential tongue was Ramaphosa’s SONA catchphrase: “Watch this space,” which provided several MPs with fodder during the debate, such as Western Cape MEC Alan Winde who said: “While I was watching the space, the lights went out.”