The EFF leader also confirmed that Thembinkosi Rawula has resigned from the party. 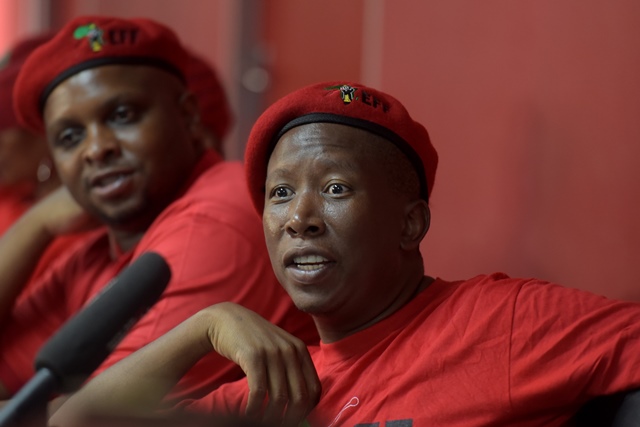 EFF leader Julius Malema confirmed on Wednesday that the party’s member of parliament Thembinkosi Rawula, who accused the red berets’ president and deputy Floyd Shivambu of being “bloody crooks“, has resigned from the party.

Malema was speaking at an EFF press brief at the party’s headquarters where he gave an update on the party’s election campaign and officially launched its election television advert.

Malema further said he would take Rawula to the cleaners and sue him for the comments he had made, mentioning the figure of R1 million.

“It’s not an EFF initiative it’s between me and him,” Malema added.

Rawula called Malema and Shivambu “the pair”, and alleged that the EFF had been like a “financial fishing net” for them, “an antithesis of everything they support”.

He went on to make sweeping and damaging allegations against both party leaders, Malema in particular, including that they had admitted in a party meeting to taking money from the now liquidated VBS Mutual Bank.

Malema denied admitting to taking money from the bank, telling journalists on Wednesday that he had only spoken extensively about the VBS Mutual Bank scandal and the implications it had had on the EFF during a party meeting.

Malema said he was prepared to undergo a lifestyle audit from a reputable auditing firm to prove he had not taken money from the bank and that a summons had been finalised against Rawula.