There is little love lost between the two parties despite them both wanting to expropriate land without payment from white landowners. A screenshot of a conversation that allegedly took place on Tuesday night between senior EFF member Nazier Paulsen and a BLF member suggests that the sixth democratic parliament may be as violent as the fifth.

Paulsen attacked Agang SA MP Andries Tlouamma towards the end of last year in a scuffle that didn’t see any punches being thrown, although they did end up being ejected from the house.

Paulsen later claimed that Tlouamma had insulted a female member of the EFF and he could not tolerate such behaviour.

On Tuesday, Paulsen allegedly told the BLF’s Sphelele Khumalo, the regional spokesperson for the Cape metro, in a Facebook Messenger chat that he did not consider the BLF “normal” and accused them of cowardice.

He further apparently said that he hoped at least one BLF member made it to parliament so he could “somma moer them when they annoy me”. 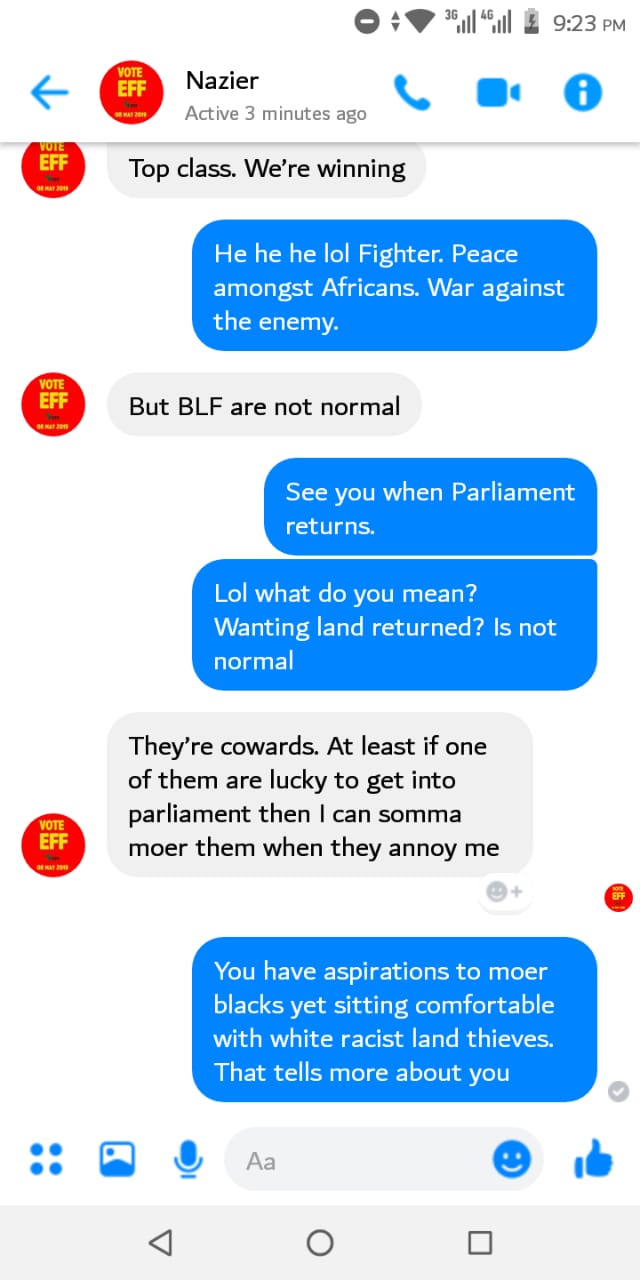 There is no love lost between the EFF and BLF, whose leader, Andile Mngxitama, was expelled as an MP from the EFF, along with a group of other insubordinate MPs, after he began to accuse party leader Julius Malema of misusing party funds and manipulating EFF internal voting processes.

Asked to comment on the alleged message from Paulsen, Mngxitama called it “shocking” and said he would be lodging a complaint with the IEC.

Attempts to gain comment from Paulsen were not successful.