De Lille first blew the whistle on the arms deal when she was a Pan Africanist Congress member of parliament. 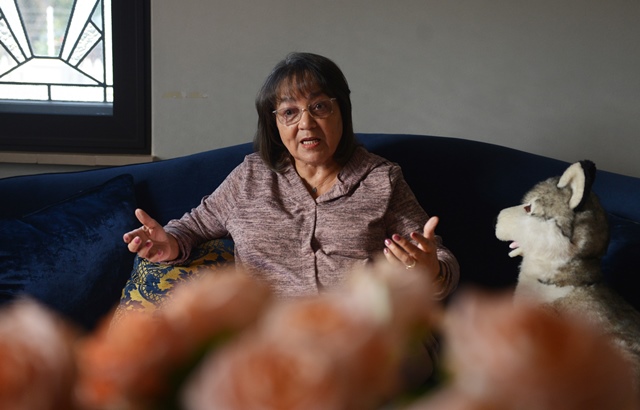 Patricia de Lille, who first blew the whistle on the arms deal, believes the North Gauteng High Court judgment setting aside the findings of the Seriti commission is evidence that the rule of law prevails.

A full bench of the high court, which included Judge President Dunstan Mlambo, found that it was clear that the Seriti commission had manifestly failed to fully inquire and investigate the serious allegations before it.

Handing down the judgment, Mlambo set aside the findings of the commission.

Retired Judge Willie Seriti, who chaired the commission, had found that there was no evidence of wrongdoing in the arms deal.

De Lille, who was then a Pan Africanist Congress member of parliament, first blew the whistle on the arms deal, handing over her now famous dossier containing allegations of corruption that implicated top officials in the ANC at the time.

“In the 20 years that have passed since I blew the whistle on the corrupt arms deal, South Africa’s integrity has taken a beating,” De Lille said.

“We have slipped, in the perception of many, from the high table of global ethics and morality to occupy a much lower position beset by allegations of malfeasance and maladministration, on the one hand, and continuing inequity and grinding poverty on the other.”

De Lille said, one of the biggest mistakes made in the democractic South Africa had been the failure to bring “crooks in the state system to book”, and that it had all started with the arms deal.

“Had we drawn a legal line in the sand and slammed the door on corruption 20 years ago, we would have prevented much of the looting of the state that followed.

“Today’s High Court judgment overturning the Seriti commission’s whitewashing of arms deal corruption is important because it demonstrates that, although the wheels of justice have been turning almost imperceptibly slowly, they are not entirely broken.

“The rule of law prevails,” she said.

De Lille said the judgment presented a new opportunity to demonstrate that, in South Africa, all citizens, irrespective of power or connectivity, were governed by the same laws and Constitution, and held to equal standards and account.

The Good party leader also tipped her hat to the Right2Know Campaign and Corruption Watch SA, who brought the application to have the commission findings reviewed and set aside.

The arms deal commission was set up in 2011 at the behest of former president Jacob Zuma to probe allegations of fraud and corruption in the acquisition of sophisticated military equipment worth R30 billion.

The contracts entered into by the government with several European defence companies were finalised in 1999.

News24 previously reported that the arms deal saw government acquiring, among other things, 26 Gripen jet fighters and 24 Hawk lead-in fighter trainer planes for the SA Air Force, as well as frigates and submarines for the SA Navy.