The former North West premier insists this is part of a plan to silence him from sharing his views on wrongdoings in the ANC. 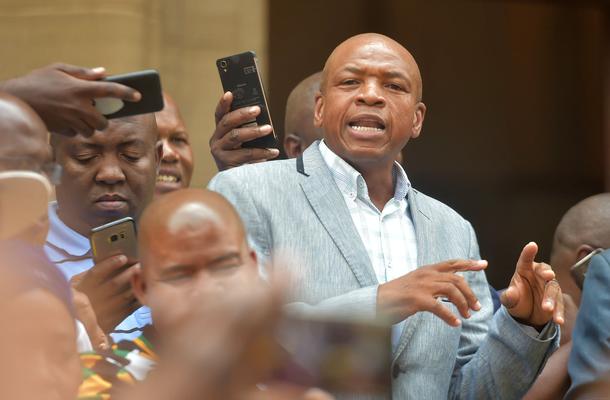 Former North West premier and ANC provincial chairperson Supra Mahumapelo says continued claims linking him to the 2015 murder of North West businessman Wandile Bozwana are an attempt to silence him in the governing party.

Mahumapelo who is now a member of Parliament following his removal as ANC provincial chair and “early retirement” as the North West premier has denied claims made in a Sunday World report.

The publication alleges he and former Rustenburg mayor Matthew Wolmarans, who is also an MP, offered R10m to assassins to kill Bozwana.

The report also says that Mahumapelo and Wolmarans were behind the unsuccessful assassination attempts on former Rustenberg chief whip Happy Serongwane and former Department of Tourism chief of staff Kabelo Nonyana.

According to the paper, these details are contained in an affidavit filed by a gang member, turned state’s witness, with the Gauteng Provincial investigations unit in May, 2016. The witness is reportedly led police to arrest the others in connection with the hit on Bozwana.

The prominent businessman died in hospital after he and his partner Mpho Baloyi were shot in Pretoria.

Mahumapelo told News24 the claims were “complete fabricated lies” that had been made against him by some within the ANC since he assumed the role of premier.

“The allegations are part of a plan to destroy me in all forms of my existence by some ANC members,” said Mahumapelo, adding that he would elaborate on this claim at a later stage.

Mahumapelo in his denials also mentioned hearing rumours that some in the ANC had said he deserved to be arrested or killed and such reports linking him to Bozwana’s murder was a way to prepare people for such.

The MP insists this is part of a plan to silence him from sharing his views on wrongdoings in the ANC and being an activist for the governing party.

He also plans to take on the journalist at Sunday World, complaining of the manner in which he was approached.