Trollip said he was 'very confident' about his candidacy and nomination. 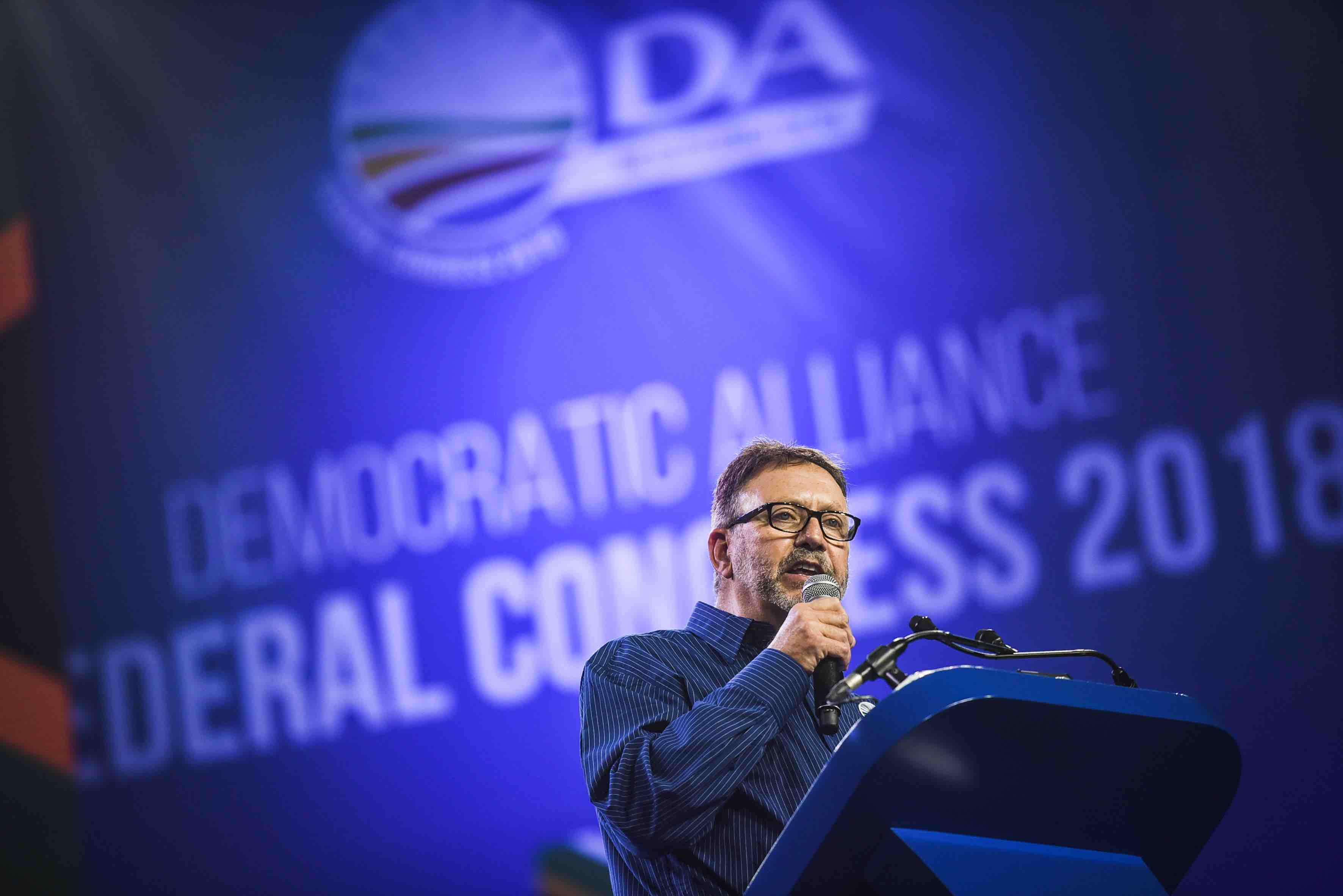 Four senior DA officials will be competing to succeed James Selfe as the chairperson of the federal council.

The federal council elections will be held later in October to replace Selfe, who announced in June that he would step down after holding the position for two decades, News24 reported.

Party leader Mmusi Maimane announced in June that Selfe would head up the party’s governance unit and was tasked with supporting DA governments to ensure they delivered better to citizens.

While Maimane did not answer his phone on Saturday as he was campaigning in Mpumalanga, he shared on Twitter that he would not be commenting on the upcoming federal council elections.

“I have a vision for the DA, a party for One South Africa for All, focused on jobs and justice. I am not commenting on individual candidates for the position of Federal Council Chairperson. The delegates will decide, let’s focus on the future.”

Who are the four people competing for the position?

Zille is the former DA leader and Western Cape province premier. She led the DA between 2007 and 2015.

Zille began her career as a journalist for the Rand Daily Mail, where she helped uncover the circumstances leading to the death of Black Consciousness leader Steve Biko in 1977.

She was previously elected to the Western Cape legislature and thereafter served as a DA MP and Mayor of Cape Town, before serving as premier between 2009 and 2015.

Zille joined the Institute of Race Relations (IRR) in July as a senior policy fellow, writer and analyst.

However, she suspended her fellowship with the IRR on Friday following her decision to join the contest for the position of chair of the party’s federal council.

On Friday, Zille shared the news on her social media accounts, and said she submitted nomination forms after “careful consideration and consultation”, and being approached by senior leaders in the week.

“In recent months, the DA has been through a period of turmoil and distress. As a party, it is important for us to reflect, to introspect and to begin the process of reconnecting with voters,” Zille said.

“If elected as Chairperson of the Federal Council, my objective will be to support the leadership in its goal of stabilising the party and getting it back on track.”

She said she loved the DA and the values it represented.

“South Africa cannot succeed unless the DA succeeds. I am prepared to work hard and to play my part in saving our democracy.”

Zille has previously rankled people with some of her tweets. She was suspended from the party in 2017 following her controversial tweets on colonialism.

Trollip is the party’s federal executive chairperson. He is also the former executive mayor of Nelson Mandela Bay.

He was removed by the ANC, EFF and UDM as mayor of Nelson Mandela Bay (NMB) on August 27, 2018 following a motion of no confidence.

Speaking to News24 on Saturday, Trollip said he was “very confident” about his candidacy and nomination.

“I will bring years of experience, dedication and loyalty to our party to this position,” he said.

“I believe that I have the track record of building strong institutions and teams in the party and have done that as a provincial leader for 16 years and as a caucus leader in the National Assembly the provincial legislature and in the NMB.”

Waters joined the DA in 1989. He was he party’s deputy chief whip in the 5th Parliament, however lost the DA caucus’ leadership election to Jacques Julius.

He recently made headlines when he requested documentary proof that Maimane was renting his Claremont home out of his own pocket.

The request followed a City Press report that Maimane had declared a R4m house in the Cape Town suburb in a parliamentary register, despite the home never belonging to him. However, the DA’s financial committee has cleared Maimane of any wrongdoing.

Speaking to News24 on Saturday, Waters said:”We need to re-install a culture of openness in the party, where people can feel that they can talk freely and express themselves freely without any ramifications.”

He also said the party needed to reconnect with its voter base. “We lost seats in the last general elections and there was obviously a disconnect between us and the voters. We are not communicating and connecting with them and we need to focus on that as a matter of urgency.”

He said his major focus on his campaign would be to ensure that the party increased its number of seats around the country.

Walters is the DA’s acting federal chair. He was elected as deputy chairperson of the DA Federal Council in 2012 and in 2015.

According to the DA website, Walters had been involved in politics since he was student leader.

He served as a member of the Gauteng Provincial Legislature. He was also the party spokesperson for agriculture and rural development in the DA in Gauteng.

Walters told News24 on Saturday that he does not communicate his campaign via the media.

“I speak to delegates directly, so I will not be making remarks to the media in terms of my campaign. I think there are wonderful candidates that are competing with one another,” he said.

Elections 2021: SA's voters sentenced to death by yawning
9 hours ago
9 hours ago

Elections 2021: SA's voters sentenced to death by yawning
9 hours ago
9 hours ago