Bongani Baloyi insists while the position of federal council chair matters, it's not as important as setting the party straight. 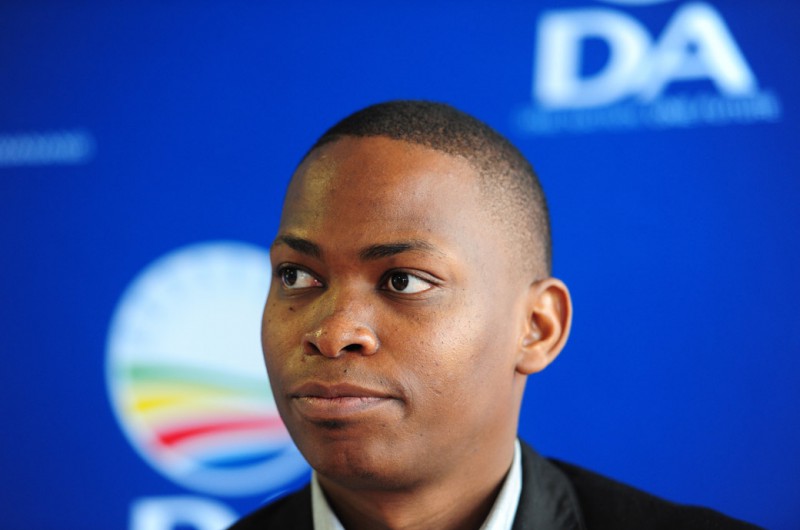 FILE PICTURE: Bongani Baloyi speaks to the media about his appointment as the newly elected Mayor of Midvaal at the DA offices in Newtown, Johannesburg, 30 August 2013. Picture: Tracy Lee Stark

DA members must grapple with serious questions regarding the party’s role within the country, says Midvaal mayor Bongani Baloyi.

“It’s bigger than just the positions of the party, it’s about what the party becomes… that’s the central question,” he told News24 on the side-lines of former president Kgalema Motlanthe’s foundation’s Inclusive Growth Forum in the Drakensberg.

The DA and its national leader Mmusi Maimane have featured in headlines in recent weeks, with internal squabbles spilling over into the public domain, as former leader Helen Zille announced her intentions to return to active politics and the Institute of Race Relations (IRR) called for Maimane to step down.

Baloyi, whose popularity in and out of the party seems to be growing, said the challenges presented a great opportunity for the country’s main opposition party to pull together and refocus.

He told News24 he agreed with calls made by Maimane for an early conference.

“I think it will give the party an opportunity to have a discussion, hold people accountable and make a decision on leaders going forward,” said Baloyi.

The move by the DA leader has been seen by some as a risky strategic attempt to expose the so-called “liberal bloc” or “1959 committee” faction.

The “1959” refers to the establishment of the Progressive Party that year, which is regarded by the “1959 committee” as a representing the “true liberal values” of the party.

A review panel assessing the state of the party is also set to present its findings before the federal council.

The panel led by former party leader Tony Leon is said to have agreed with calls for an early conference but also recommended that Maimane stepped down.

Members of the federal executive (FedEx), a structure above the federal council, met on Friday and discussed the review panel’s report. According to reports, the FedEx members have come to Maimane’s defence, claiming it would be undemocratic to kick him out as leader.

This is contrary to what some party leaders have told News24. Many would rather focus on saving the party than sorting out Maimane’s personal battles.

The DA leader has been described by some as “having dug his own grave” and lacking the ability to listen.

At the same time, an epic battle is also set to take place over the weekend as the DA seeks to replace James Selfe as federal council chairperson. This will see current federal chair Athol Trollip go head to head with former leader Helen Zille.

But Baloyi said, while the position of federal council chair mattered, it was not as important as setting the DA straight.

“I don’t think we can reduce the party contest in terms of ideology and thinking into being just about one position, which some key people have an interest in. The party is bigger than that.

“This is an opportunity for us to respond and to be equal to the task. We dare not lose this opportunity,” he added.

With regards to the review panel, Baloyi said that while he didn’t want to pre-empt its findings, he had heard there were substantive issues with which the party needed to deal.

He also insisted that the DA could not afford to ignore Maimane’s suggestion of an early congress.

“If we must go for early congress, that’s what we must do… and make sure that we refocus the party and, if its significant change that we must make, we must make that… we must be bold,” he said.

He also weighed in on the IRR, which seems fixated on the DA and its squabbles, even starting a “save the opposition” campaign, solely aimed at the DA.

Baloyi said the position the think tank had adopted exposed its “opportunism” and damaged its “credibility”.

“The deeper questions to ask leadership when we convene is about the role that the IRR plays and our association with them,” he said.

He said it was important for the DA to reflect on its association with the IRR and the impression that outside influence played a role in how the party functioned.

“I’ll be carefully looking at the inputs made by members when we go to federal council so as to see who its mouthpiece is,” Baloyi said, stressing that this needed to be resolved.