‘They are cowards, we will not run away’ – DA’s Bhanga after Bobani motion canned

Eastern Cape police commissioner Liziwe Ntshinga rubbished claims that the meeting was called off on the advice of the police. 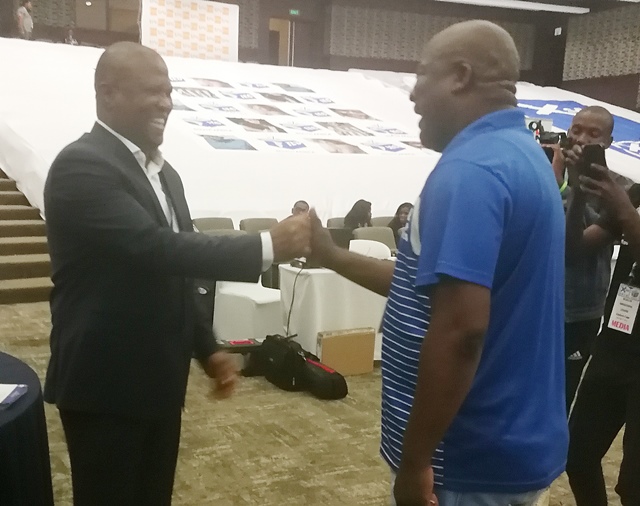 Opposition parties looking to remove Nelson Mandela Bay Mayor Mongameli Bobani attempted for two hours to force through a cancelled council sitting, where a motion of no confidence in the mayor was meant to be held.

It was largely expected that Bobani would be removed on Thursday owing to a small change in the available councillors in the chamber in their respective parties.

Municipality spokesperson Mthubanzi Mniki said the decision was due to security risks linked to the combined special and ordinary meeting.

Following the indefinite postponement, parties committed to ousting Bobani gathered outside the council chambers in an effort to continue with the motions they submitted to remove him.

“We will not allow our city to be terrorised by criminals who tell politicians what to do,” he said.

Banga also criticised the ANC, saying it had run away. “They are cowards, we will not run away as the DA.”

The EFF, which initially pulled out of supporting the motion, also protested outside the locked chamber doors. Other opposition parties, which included the DA and Cope, were also present.

There was a heavy police presence.

Kupido Baron, speaking on behalf of the council speaker, said they had to make the difficult decision to postpone until further notice due to imminent threats against councillors.

“We did so in the interest of protecting the democratic processes of council and to execute our duty to ensure the safety of office bearers.”

Baron said they had received threats in the past.

“However, the sheer intensity and viciousness of those received in the last 24 hours necessitated us to make this decision in consultation with the police.”

He added a new date would be communicated when all the necessary security measures were in place to deal with the current threat.

After two hours, the council chambers were completely cleared.

All political parties left the building and roads were reopened.

Eastern Cape police commissioner Liziwe Ntshinga rubbished claims that the meeting was called off on the advice of the police.

Lieutenant General Ntshinga, in an official statement on Thursday, said as a standard operating procedure, the police monitored all possible volatile events.

“In this case, planning was done and we were in a state of readiness as the police are mandated to maintain law and order.”

The statement said it was the prerogative of the organisers to call off any event they deemed to be volatile.

“We did not recommend or advise any organiser to cancel or postpone any such meeting as it is their prerogative.”