At the DA's two-day federal council meeting, Gana warned that the recent bickering between leaders which has often split out into the public domain should come to an end. 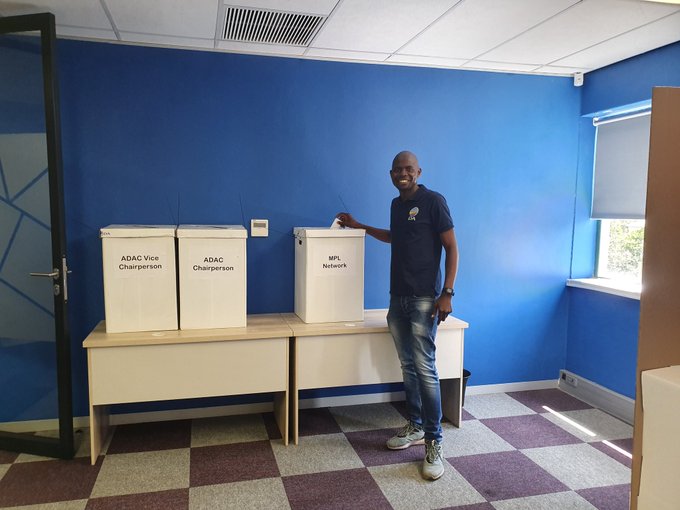 As many speculate over which leader DA leader will replace former federal council chairperson James Selfe, the party’s chairperson of the members of provincial legislatures network Makashule Gana has called for an honest reflection on the state of the party.

The DA, which is the second largest political party will hold a federal council meeting over the next two days, which will ultimately decide on the future of the party.

“We must reflect properly on issues South Africans are facing, the meeting should not be about ourselves,” said Gana.

According to party insiders Waters, who is seen as a close ally of Zille’s is expected to withdraw from the race at the last minute out of fear of splitting her votes.

“South Africans don’t support parties that are fighting amongst themselves,” said Gana, warning that the recent bickering between leaders which has often split out into the public domain should come to an end.

On the role of federal council chair Gana said the party’s panel review report commissioned by the party following a dismal showing at the 2019 polls, should guide delegates’ discussions in making their decisions about who should take over the crucial role and assist in moulding the party towards its future.

Zille is seen to represent the liberal bloc in the DA, seeking to return the party to its old values, while Trollip, who is a close ally of current leader and Zille’s successor Mmusi Maimane are seen to be more in favour of a progressive outlook that seeks to embrace their vision of one South Africa for all.

“We are going to have a conversation first, look at the review, what it says, the things it proposes and out of there, based on the DA we want to see perhaps it will become easier to choose what kind of leader can speak to that particular vision,” said Gana.

“We need to be open to raise issues and to be persuaded otherwise,” he continued.

When asked about the idea of an early elective conference, which seems to have support from both Maimane and Zille’s supporters, Gana said the entire organisation needed renewal.

He said he was in favour of “congresses” not just a single congress of national leaders but for branches and all structures of the DA to also relook at their different leaders and determine if they are still fit for purpose.

The DA’s federal congress wraps up on Sunday after a new federal council chairperson is elected.