The congress also comes amid attempts to push for the ousting of certain leaders, including general secretary Blade Nzimande. 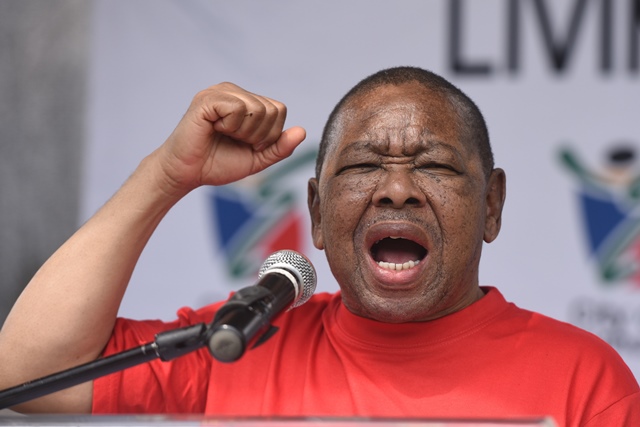 The mid-term review will receive numerous reports and updates indicating whether these goals have been achieved. The congress also comes amid attempts to push for the ousting of certain leaders, including general secretary Blade Nzimande.

News24 understands that some SACP members, who already wanted Nzimande removed as general secretary in 2017, will attempt to bring that bid back into sharp focus.

Some have attempted to turn the SNC into an elective sitting where the face of the organisation could possibly change, or result in Nzimande choosing between serving in President Cyril Ramaphosa’s Cabinet, or the party on a full-time basis.

Numerous provinces in their congresses sought to have “frank and honest” conversations about the state of the organisation, with a growing call to renew the party’s role in society.

This can be echoed by some of the declarations made in provincial conferences ahead of the SNC.

“It cannot be business as usual when forces of neoliberalism continue to be on the onslaught, reversing working-class gains in the national democratic revolution,” the Western Cape SACP noted in its declarations.

It further said that, in order for the party to thoroughly play this role, its full-time capacity needed to be “reaffirmed and strengthened”.

Meanwhile, the Gauteng SACP has warned that “breaking rank” with party perspectives could potentially ravage it.

“We must learn from global experiences that any adventurism, opportunism and left-wing childishness can only create confusion, weaken and divide revolutionary forces,” it has warned in its documents.

Gauteng also raised concern over the state of the party’s branches and said districts were staging a revolt, and pledged to keep an eye on districts which were not implementing an agreed programme of action.

SACP national spokesperson Alex Mashilo told News24 that this week’s meeting, which officially opens on Monday evening following a special meeting by the central committee and a media briefing in the afternoon.

He said the 4th SNC would review changes that have occurred and consider strategies to deal with new circumstances.

Mashilo, reflecting on how the party has fared since 2017, said it had been a “difficult period”, citing the ANC’s watershed 2017 conference and the 2019 May elections as some of the issues which had preoccupied the SACP.

The SACP, in its draft discussion document, painted a bleak picture of the ANC’s chances of securing a mandate to govern when the nation votes in the 2021 municipal elections and 2024 general polls.

In the document, the SACP concedes it will need to look into broadening its support base among communities if it plans to survive beyond its alliance with the ANC.