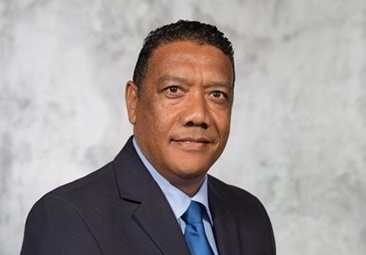 The DA intends to suspend its mayor in George after a forensic report highlighted two serious findings against him.

In a statement on Tuesday, the DA’s constituency head for George, Geordin Hill-Lewis, said the party had studied the findings of a forensic investigation into allegations of fraud, corruption, maladministration and serious malpractice within the George Municipality, which was conducted at the instruction of Western Cape Local Government MEC Anton Bredell.

“The report highlights two serious findings against the mayor, Mr Melvin Naik, relating to alleged corruption and interference in administrative processes. These findings are substantiated by a number of admissions by individuals involved as well as compelling circumstantial evidence. There is also evidence that certain relevant documents were withheld from the investigators.”

“The DA is committed to delivering governance that is demonstrably cleaner and more accountable than any other party in South Africa. Every voter and ratepayer should feel confident that where the DA governs, public money will be spent wisely and that it will not be misappropriated,” Hill-Lewis said.

“Where a DA government falls short of this expectation, we will always act to uphold our standard and restore public confidence. Any person involved in corruption will have no place in a DA government. That is the DA difference and that is what the public can expect from us.”

He said the alleged offences detailed in the report carried serious criminal sanctions.

“It must be noted that Naik denies all the allegations against him, and they have not been proven in court.”

Hill-Lewis said the findings went beyond mere empty allegations and rumours, and therefore the DA could not wait for the Hawks, who have been investigating other allegations regarding George for nearly two years, to take action.

“We also cannot await the outcome of any eventual criminal proceedings, although those must of course go ahead. We have to take decisive action now to restore the integrity of the DA administration in George.”

Naik could not be reached for comment when contacted by News24 on Tuesday.

145 babies were abandoned at Gauteng public hospitals in 2020, says health MEC
6 days ago
6 days ago

145 babies were abandoned at Gauteng public hospitals in 2020, says health MEC
6 days ago
6 days ago