Mandisa Mashego mum on whether she is still Gauteng EFF leader

Senior EFF leader Mandisa Mashego has confirmed she is in discussion with the party's leadership to iron out some internal issues. 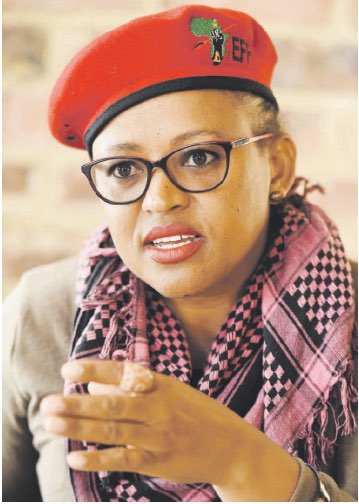 Mandisa Mashego speaks to The Citizen in 2016. Picture: Refilwe Modise

Mashego, however, denied media reports that she had resigned from the party.

She addressed the media outside the Randburg Magistrate’s Court in Johannesburg on Friday after Adam Catzavelos was given a suspended sentence.

She testified in the case earlier.

Mashego did not want to respond to questions about whether she was still the party’s Gauteng leader. Instead, she said she was still a member of the EFF.

“I am not willing to discuss my internal matters with the EFF in public,” she said.

Mashego said weekend reports that she had resigned were sensationalised.

“I don’t wish to discuss this matter in public at all because I will not be respecting the EFF as an organisation. The EFF has many members who deserve respect.

“The constitution of the EFF clearly states that EFF members may not discuss internal matters of the EFF on any platform and I want to respect that.

“With due respect, I don’t want to discuss it any further. The EFF and I are in conversation about whatever we need to discuss,” Mashego said.

She called on the public to respect that the EFF had its own internal policies and rules.

“As members of the EFF, we must be the first to respect the rules. I am a member of the EFF,” Mashego said.