Seth Mazibuko said nothing had changed in the people’s lives. Instead, their dependence on the state for their livelihoods was increasing. 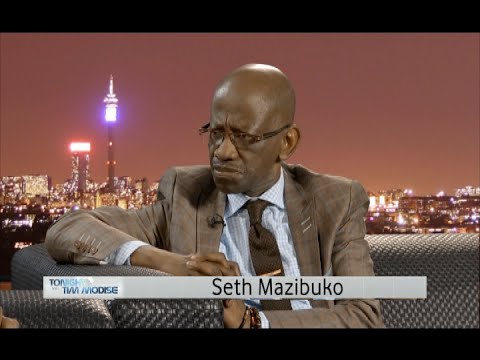 Seth Mazibuko, who served as second-in-command on the action committee that planned the 1976 Soweto uprising. Picture: YouTube

One of the students who took part in the 1976 Soweto uprising has criticised the lack of change in people’s lives, particularly in education, and blamed the black-led democratic government for keeping people as mental slaves who depended on state grants.

Seth Mazibuko, who served as second-in-command on the action committee that planned the uprising, said the education system for black people was still the same as it was in 1976.

He said the dream of free, quality education was dashed by the government, which discouraged education among the youth.

Schools in the townships and rural villages were dilapidated and youth unemployment was at its highest under the government.

He said the Soweto unrest was meant not only to oppose Afrikaans as a medium of instruction for blacks, it was aimed at changing the whole curriculum. But 44 years down the line, it remained the same.

“Children today still cry about the same curriculum that we fought against in 1976. Why?

“Our children are still taught the history of Jan van Riebeeck and other colonisers who oppressed our forefathers.

“Many of our children do not know who Hector Pieterson or Hastings Ndlovu was. That is the kind of education we still have today,” Mazibuko said.

The fact that many township parents sent their children to suburban schools was a clear sign that the education of a black child remained poor.

“What kind of change is that if we cannot educate our kids where we are,” he said.

Mazibuko said nothing had changed in the people’s lives. Instead, their dependence on the state for their livelihoods was increasing.

The black government was encouraging youth pregnancy through state grants which were dished out deliberately to make the governing party look good.

“Our children go to bedroom rather than boardroom to get money.

“Why doesn’t the government take the grant money and invest it in education at tertiary level?

“Our government is giving people bread instead of giving them flour and stoves to make that bread,” Mazibuko said.

Mazibuko said he had witnessed poverty and maintained their fight was in vain. After 1994, leaders forgot what the 1976 generation fought for.

The whole purpose of the liberation struggle was ditched in favour of black economic empowerment and deployment to parliament and Cabinet.

The values of 1976, where leaders were rooted in community, had been lost.

People were still homeless and the landlessness had still not been addressed.

Mazibuko said he would only accept that there was chance once all these issues were addressed.