The ANC leader said the organisation and its government had to work together to bring about radical transformation to the economy and to achieve economic inclusion. 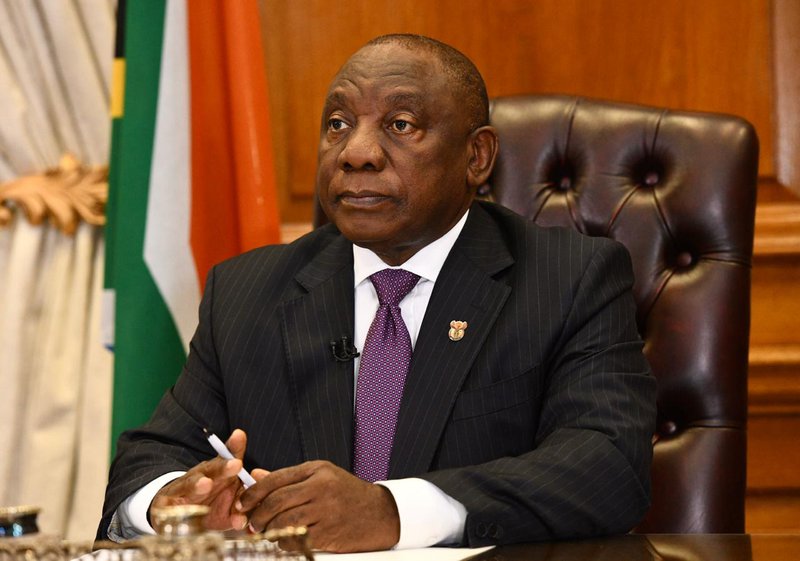 President Cyril Ramaphosa has called on the private sector to display a spirit of social solidarity by making available facilities to assist the country in the battle against the Covid-19 pandemic.

He said the reality in South Africa was that people living in densely populated informal areas would find it either difficult or impossible to self-isolate or quarantine.

“Municipalities have also been called upon to provide isolation and quarantine facilities,” said the president.

He also warned that the country’s health system wouldn’t be able to cope, if infection numbers continued to rise at the current rate.

The coronavirus pandemic has killed over 2 000 people, while infecting over 100 000 others.

Ramaphosa was speaking at the ANC and its alliance partners’ online gathering, commemorating the 65th anniversary of the Freedom Charter on Friday.

He said South Africans need the same determination and resilience shown by those who created the Freedom Charter to fix the challenges the country is currently facing.

The charter, which was adopted in 1955, was born through the Congress of the People campaign, initiated by the ANC and its allies. It invited people from across the country to share their views on the vision they had for South Africa, during the time it still had an apartheid government.

Ramaphosa said the charter was the “lodestar” and the “bedrock” of the country’s constitutional democracy and was a sterling example of how people, acting in unity and congress, could come together to craft a vision they had for their country.

The president said the DNA, which gave birth to the guiding document, which he described as remarkable and never seen before, was still deeply entrenched in the ANC.

He addressed some of the issues affecting South Africa today, including racism, an untransformed economy, joblessness and gender-based violence, and the global pandemic.

“This time requires us to, again, unite and work to put in place the South Africa we want,” said the president.

He raised the issue of unemployment, warning of the looming pain that awaits the country in this regard.

“We will have to confront the reality that we will suffer significant and disastrous job losses as a result of the pandemic,” said the president.

Just this week, Statistics South Africa announced an increase in the country’s unemployment rate, which saw it rise from 29.19% in 2020 to 30.1% this year.

He said his government’s plan was to ensure there was work and security, promising that huge infrastructure investments would unlock this path for the country.

Ramaphosa also tackled the economy, saying the Freedom Charter had stated that the wealth of the country would be shared among all those who lived in it – but that this was not the case.

“It is undeniable that the wealth of this country remains largely in the hands of a predominantly white and male minority. The structure of our economy continues to exclude overwhelming numbers of the poor and black majority,” he said.

The ANC leader said the organisation and its government, which he leads, had to work together to bring about radical transformation to the economy and to achieve economic inclusion.

Speaking on racism, he said the charter said the country belonged to all who lived it in, but South Africa and the world continued to see a rise in racism, discrimination based on ethnicity, and narrow nationalism.

“It is for this reason that the ANC and the Alliance has embarked on a campaign against racism. We must embark on concerted campaigns to root out racism across our country,” he said.

The president called on progressive forces in the country, the continent, and the globe to stamp out racism.

SA and China to strengthen relations, fight Covid and boost trade
10 mins ago
10 mins ago

SA and China to strengthen relations, fight Covid and boost trade
10 mins ago
10 mins ago