On Tuesday, ANC general manager Febe Potgieter wrote to staff to say their June salaries will only be paid on 6 July. 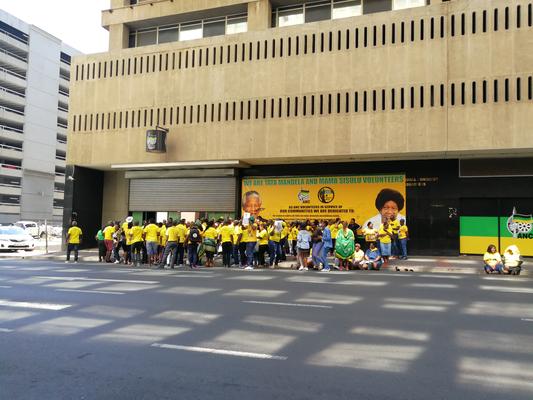 The economic impact of Covid-19 has hit the ANC’s coffers hard, with salaries for staff members delayed for a second time.

On Tuesday, ANC general manager Febe Potgieter wrote to staff to say their June salaries will only be paid on 6 July.

“We regret to inform you that the June salaries will be further delayed than anticipated, and will only be paid by latest Monday, 6 July 2020. We kindly request you to make the necessary arrangements with banks and other creditors,” Potgieter wrote.

She further apologised for the matter.

“Our sincerest apologies for the inconvenience this caused, but do accept that this is not intentional, but as a result of the national crisis in the country,” Potgieter said.

In a statement issued following media queries, the ANC said the matter of salaries for ANC staff members was receiving attention from the treasurer-general Paul Mashatile.

“Staff members have been duly informed of the delay in this regard, including on a day when salaries will be paid,” the statement read.

This is not the first time this year the cash-strapped party has paid staffers late.

In January, Mashatile denied that the party had difficulty paying employees.

“Since I have been there as treasurer-general, to date there is no month when ANC people have not been paid. There is a story that we won’t pay people in January because we are wasting money on January 8. There is no such thing,” he said.

An ANC NEC member, familiar with the matter, said donations to the party had taken a huge knock amid the pandemic.

This comes as the economy recorded its third consecutive quarter of economic decline, falling by 2.0% in the first quarter of 2020.