If I could, I would tell Zuma to appear before Zondo commission, says Baleka Mbete

'Personally, I regret that response by my leader,' former speaker of Parliament Baleka Mbete said of Jacob Zuma's defiance of the ConCourt. 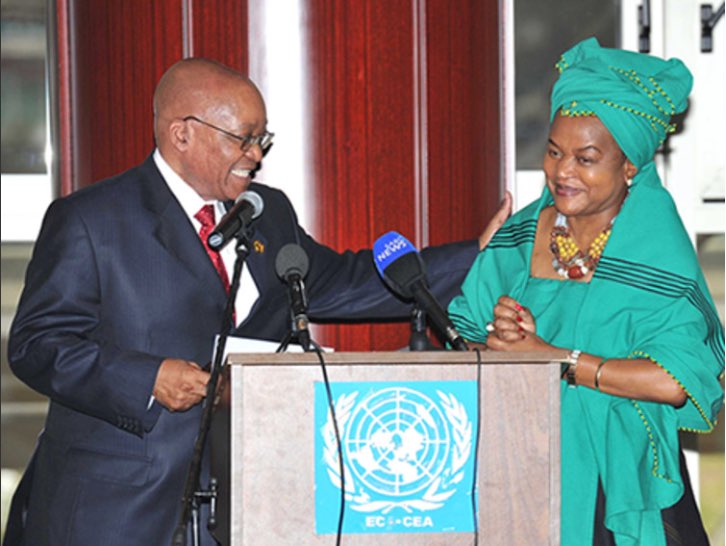 Former National Assembly Speaker Baleka Mbete says if she could, she would advise former president Jacob Zuma to appear before the Commission of Inquiry into State Capture.

This after Zuma said in a statement earlier this week that he would not be appear before the commission despite a Constitutional Court (ConCourt) ruling that he should testify.

The former president has accused the commission of being biased towards him, sparking criticism from South Africans and politicians alike, with some calling for his arrest.

In an interview with Newzroom Afrika on Thursday, Mbete said she “regretted” Zuma’s decision because it set a bad precedent, especially for someone who was there when the decision to establish the commission was made.

“The commission is doing good work. It was good for us to form this commission because this commission was decided on by the very people that are being exposed. It is helping us to strengthen our democracy.

“Personally I regret that response by my leader because we were together when the decision was taken about the formation of the commission of inquiry before it became a parliamentary decision or official presidency announcement. I regret what is going on.

“I’m not judging my leader but I regret what is going on because I think it is from the leadership of the country that the citizens of South Africa should see that which is exemplary, like Madiba did.

“It is not good for South Africa and younger South Africans to watch. If I could I would. I don’t know if I can, here I am so far from where he is. We no longer conduct politics together where we’re able to engage on things.”

Meshoe said he agreed with calls for the former president to be arrested, to set an example.

“The commission, even if it doesn’t have the same powers as a court, it is defined like a court and is a serious matter. Pressure is going to be put on government, particularly the justice system in the sense that if one citizen, regardless of whether he was a president or not, is allowed to defy the court. What will make it wrong for others to defy the court?

“If all citizens are allowed to defy the courts, we’ll be a banana republic where there is no law and order. Those who defy, an example must be made with them that it will not be tolerated because nobody is above the law,” he said.