‘President Ramaphosa is making a mistake in saying the former president must be given a chance to think more.’ 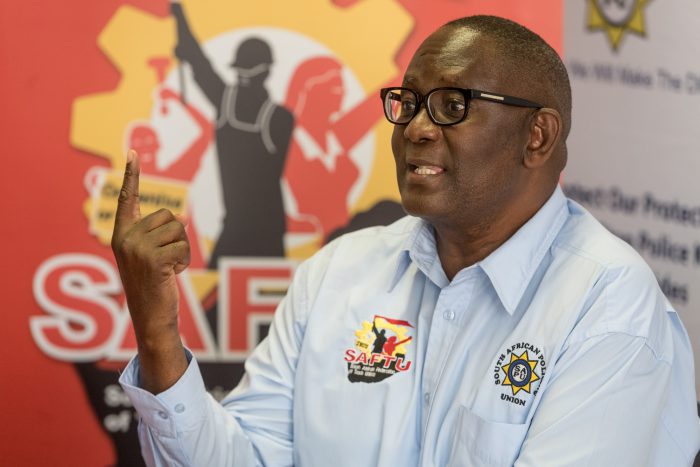 The general secretary of the South African Federation of Trade Unions (Saftu), Zwelinzima Vavi, says President Cyril Ramaphosa is making a mistake by calling for his predecessor, Jacob Zuma, to be given more time to reflect on his decision to rebel against the Constitutional Court (ConCourt).

This after Ramaphosa on Friday asked for the public at large to afford the former president time to think carefully about his decision to defy the apex court’s ruling in January, compelling him to appear before the State Capture Commission of Inquiry this month.

Ramaphosa made the remarks outside the Soweto home of late struggle stalwart, Rebecca Kotane, when he was asked by journalists to comment on Zuma’s defiance of the ConCourt.

“This is the matter that I am sure he is going to give much more thought to because he is being counselled by a number of people and a number of organisations that the constitutional structure that he contributed so much to needs to be given consideration … I am sure in his own time he will think about all this,” the president said.

However, Vavi in an interview with eNCA on Saturday said the president was misguided.

“President Ramaphosa is making a mistake in saying the former president must be given a chance to think more. What’s there to think about? The Constitutional Court had a hearing on this matter [and] Zuma knew this. He chose not to participate in that court and he knew the consequences of him not making his own submissions,” Vavi said.

The former president has been widely criticised for his stance against the State Capture Commission and the ConCourt, with the issue creating divisions within the ANC.

On Wednesday, ANC secretary-general Ace Magashule condemned calls by those calling for his removal from the governing party. The Eastern Cape ANC resolved this week that Luthuli House should suspend Zuma due to his statements concerning the inquiry.

Saftu had warned also that Zuma’s defiance against the ConCourt could set a precedence that will reduce “our country into a banana republic” if it is allowed.

Vavi said Zuma should face the full might of the law if he doesn’t obey the ConCourt.

“President Ramaphosa’s statement, with due respect, it’s ridiculous. Which other South African who defies the apex court of the land will be given an opportunity to think about it? Who else will have that privilege?” he asked.

“We are not in Animal Farm here and we will not agree.

“No South African would want to turn back the clock backward to pre-1994 where others were more equal than other citizens. Zuma must stop believing that he’s more important than other South Africans.”