Busisiwe Mkhwebane will be the first head of a Chapter 9 institution to face such an inquiry into fitness to hold office. 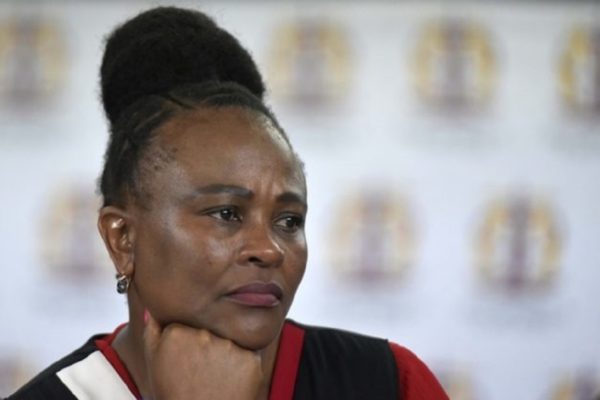 The DA has called on President Cyril Ramaphosa to suspend Public Protector Busisiwe Mkhwebane pending a parliamentary inquiry into her fitness to hold office.

The National Assembly on Tuesday voted in favour of establishing an ad hoc committee to investigate Mkhwebane’s competency for office after an independent review panel said it found substantial information that constitutes prima facie evidence of incompetence and misconduct against her.

Mkhwebane will be the first head of a Chapter 9 institution to face such an inquiry after Parliament adopted rules last year about the removal of office bearers meant to protect and support democracy. A total of 275 MPs voted in favour of the motion and 40 against, with one abstention.

DA chief whip Natasha Mazzone said she was pleased that MPs across the political divide, including the ANC, voted in favour of setting up the inquiry.

She said the vote was a testament to how parliamentarians can work together in the best interests of citizens.

Mazzone said the parliamentary rules governing the removal proceedings expressly state Ramaphosa could suspend Mkhwebane at any time after the start of the proceedings of the ad hoc committee and upon adoption of the resolution calling for the public protector’s removal.

She said the DA could not further allow prolonged exposure of Mkhwebane’s incompetence, saying she should not be allowed to return to office after her sabbatical, pending the outcome of the inquiry.

The Public Protector is on sabbatical leave to get some rest, her office said in January. The leave commenced on 15 January and is expected to end at the end of this month.

“Three experienced legal experts – Justice Bess Nkabinde, advocate Dumisa Ntsebeza SC and advocate Johan de Waal SC – compiled a damning report which found a prima facie case for Parliament to institute removal proceedings against Mkhwebane. We are confident the report, which details over 10,000 pages of court rulings and representations by the Public Protector, is accurate and fair,” Mazzone said in a statement.

“The DA looks forward to the establishment of the ad hoc committee and we await a robust, but comprehensible process in Parliament.”

The EFF argues the parliamentary rules are unconstitutional and shameful.

EFF MP Natasha Ntlangwini said the party would challenge the rules in court.

“This is without a doubt an unconstitutional persecution of a black woman whose only sin was to demand accountability from the poster boy of white monopoly capital,” Ntlangwini said.