ANC will be the biggest loser from its internal leaks, says analyst

Recently leaked audio recordings from ANC internal deliberations have thrust the factional battles in the party into the spotlight. 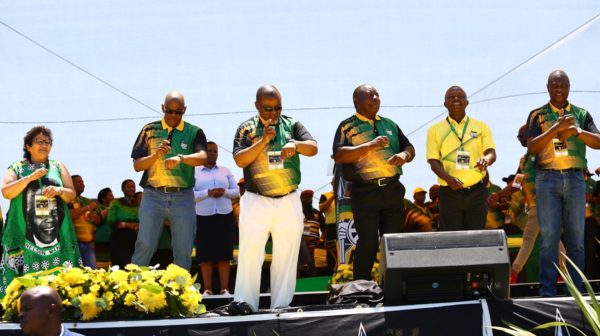 The recent leaks from the ANC’s internal deliberations are an indication of the fierce factional battles taking place in the governing party, according to a political analyst, who says the ANC stands to be the biggest loser.

Analyst Dr Dale McKinley on Wednesday said the fraud and corruption charges against ANC secretary-general Ace Magashule and the party’s decision last month that all members charged with corruption should step down from their positions had renewed divisions in the party.

Leaked audio recordings from a meeting between the party’s top six officials and former president Jacob Zuma have been making the rounds on social media platforms.

McKinley said the ANC factions were clearly attempting to win the public relations battle on the party’s resolutions by embarrassing or exposing certain members they are opposed to.

And with the deadline approaching for ANC members affected by the “step aside” rules to vacate their posts before the end of April, he said the leaks would further intensify.

Leaks are essentially a way of manipulating public opinion and the media will immediately pick up on it and report it. Simply putting those things into the public, whether it’s a document that’s supposed to be internal that shows some people in a bad light.

“This is all meant for that kind of positioning and getting a leg up in the factional battle. That for me explains the fundamental basis for why we are seeing these kinds of leaks and as they get more intensive the more, should we say, nasty the battle gets,” he said.

McKinley said the leaks did not help the ANC brand because it shows South Africans the governing party is not united and distracted by internal infighting.

“I think a lot of people in our country and the public look at this situation and see a mess. The ANC is in a mess and the public feel they can’t trust the party or trust the leaders. If you’ve got your own top six leaders of the party who are fighting each other in such nasty ways, I think many people look at this and say, ‘well, they have their own interest above the interest of the people and their constituents’,” McKinley said.

McKinley added that in the short term Magashule’s faction would benefit from the leaks as they cause disarray in the party.

“It puts Ramaphosa and other factions on the defensive to answer and explain things. In that sense, they’re probably thinking the leaks are good for them, but in the long term I would argue it doesn’t benefit them at all or the ANC. What it benefits are those who really want to essentially see the ANC break up.”