Cassel Mathale was premier of Limpopo and ANC leader in the province when it was placed under administration by the national government. 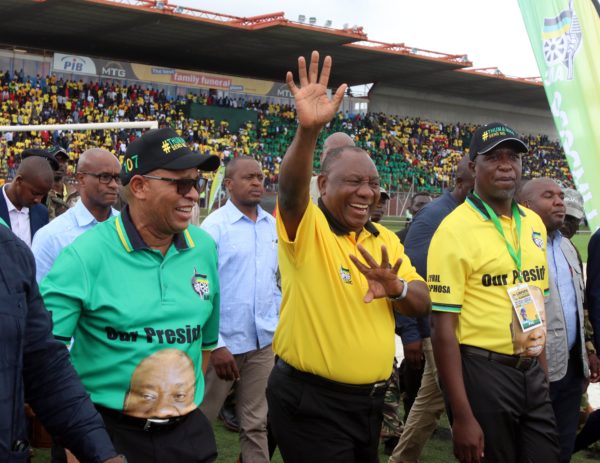 The Citizen is in possession of a document which paints a picture of preferred candidates to lead the province politically after the elective conference in Limpopo next year.

Current chair and premier Stan Mathabatha announced at the weekend that he will not stand for re-election.

The PEC announced this year that the province, the second-biggest in the country in terms of membership after KwaZulu-Natal, will go to conference before the end of winter next year.

“This is to allow the party to go to its national general council (NGC) and the policy conference without any hunches,” Lekganyane told The Citizen.

He said the province was busy building branches and making sure all were in good standing. However, he could not comment about his candidature to replace Mathabatha.

“It is still early to talk about the provincial succession debate. The ANC is busy making sure it speaks the same political language as other provinces before the NCC and the policy conferences,” he said.

“I think we should now give regions ample to time to regroup and go to conferences. Those touting our names in the list are obviously jumping the gun.”

Masemola, who is praised by many as the most reliable and focused ANC leader in the Limpopo PEC, did not answer calls for comment.

But his political allies from Norman Mashabane, Peter Mokaba and Sekhukhune regions said he is the best candidate for the job.

“He knows local government inside out after more than 30 years of experience. You must remember he has been an executive mayor and chair for Sekhukhune region for more than two terms and became deputy ANC provincial chair during the Mathale epoch,” a source said.

Other members, especially from Norman Mashabane and Vhembe, said Matlou was the right person.

They said he was young, active and that he knows about poverty as he grew up at a poverty-stricken village. Matlou’s phone rang unanswered on Wednesday.