This after alleged fraudulent statements were made on JP Smith's CV regarding an honours degree in English from Stellenbosch University. 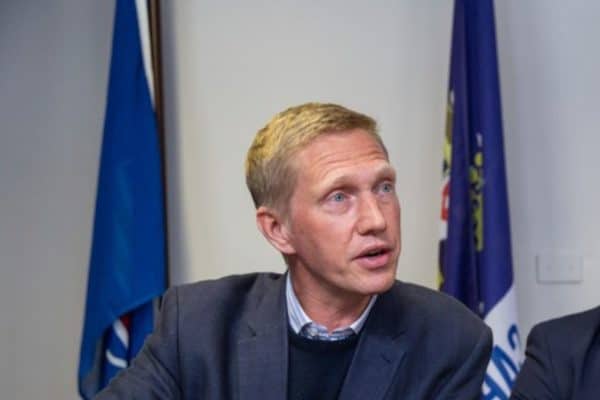 This comes after alleged fraudulent statements were made on Smith’s CV, said ANC MP Cameron Dugmore.

Smith is the latest DA member to become embroiled in a qualifications scandal after a biography emerged which stated that Smith had an honours degree in English from Stellenbosch University.

According to media reports on Thursday, Smith’s biography, which his office sent to Music Exchange conference organisers in 2019, stated that he had an honours degree in English from Stellenbosch University. However, he did not complete his degree.

Smith had since voluntarily subjected himself to a probe by the party’s Federal Legal Commission.

She added that the party was still conducting an audit of members’ CVs after several high-ranking members apparently lied about their qualifications.

Dugmore said the charges would be laid at Cape Town Central police station on Monday.

Dugmore said in a statement: “It has emerged that Smith has, on at least two occasions, claimed he holds an honours degree in English from the University of Stellenbosch. On the one occasion, he absurdly claimed that an assistant was responsible for the error made in his CV.”

“It’s inconceivable that Smith was not aware of this misrepresentation. This false claim was put before delegates and surely must have bolstered his chances against Steyn. This is disgusting, coming from a politician who positions himself as Mr Clean. We will lay criminal charges against him on Monday and expect the police to investigate the matter expeditiously.”

Smith told News24 that opposition parties were simply trying to “extend the longevity of the story”.

“It’s incredibly petty. There is no criminal offence committed; I’ve consulted with a lawyer to confirm that. Anyone has the right to lay charges, but there are also repercussions for laying scurrilous or perjurious statements,” Smith said.

He added that the matter had been well explained and that he had provided both the media and public with a complete response. Smith said the omission had crept in when a support staff member had edited the bio, removing the word “incomplete” after the postgraduate qualification. Another staff member had later corrected this error.

“The correct bio is in circulation although, the incorrect one was submitted by staff in a number of cases which the media have highlighted. The errors stem from the same source. However, the formal CV on the City website is correct and records the completed BA Degree, which is also the case for the CV submitted for the candidate selection process,” he said.

“It is inconceivable that South Africa can become a place where the criminal justice system fails to prosecute the theft of billions of rands through state capture, but can find the time to pursue an innocent error on a biographical summary made by a staff member.”