#BookTitlesForBaba: Should Zuma write an autobiography in prison?

The BookTitlesForBaba hashtag was seen trending on Twitter, with people suggesting names for a potential Zuma autobiography. 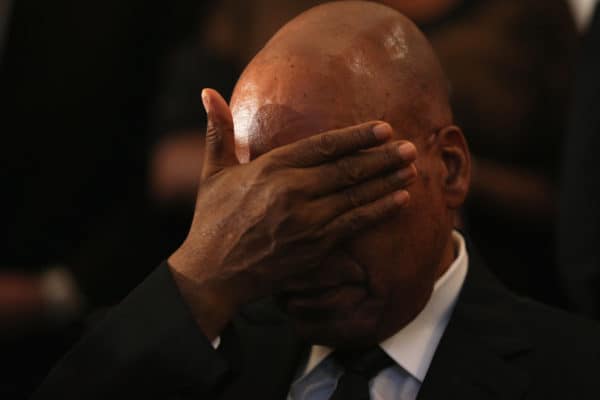 Mein Kampf, published in 1925 by Nazi Party leader Adolf Hitler, still remains one of the most renowned books written in prison. Then there’s Nelson Mandela’s Long Walk to Freedom, written when he was jailed on Robben Island.

Now with the incarceration of former president Jacob Zuma, he is no short of famous political figures he can look up to for inspiration if he ever decides to produce an autobiography.

On Wednesday night, Zuma decided to hand himself over to the authorities after his many attempts to avoid time behind bars.

The former president was slapped with a 15-month jail sentence when he was found guilty of contempt by the Constitutional Court (ConCourt) last Tuesday for failing to comply with the apex court’s ruling forcing him to appear before the Commission of Inquiry into Allegations of State Capture.

He was ordered to turn himself in by Sunday to start his sentence, which he failed to do. This meant Police Minister Bheki Cele and National Police Commissioner Gen Khehla Sitole had to ensure Zuma was arrested within the following three days.

READ MORE: Jacob Zuma, like Al Capone, was tripped up by ‘the small crimes’

However, Zuma made the job easier for Cele and Sitole when a mass of cars sped out of his Nkandla homestead in KwaZulu-Natal close to midnight on Wednesday, with the former president in one of the many SUVs.

The SUVs were transporting Zuma to the Estcourt Correctional Centre to start serving his 15-month sentence, having decided to comply with the ConCourt’s order.

Now with the Department of Correctional Services confirming on Thursday morning that Zuma was indeed in prison, he might tap into himself and unleash his many hidden talents, along with his talent of singing, by penning a book to pass the time.

The book might profile some interesting events such as Zuma’s early life, his tenure as president, the ANC, the Guptas and his “political crimes” – in other words, the state capture era.

Just like another former South African president, Nelson Mandela – Zuma would have many titles to consider, which some people have already helped out with.

Prior to Zuma handing himself over, #BookTitlesForBaba was trending on Twitter, where people suggested some titles for the former president’s book.

While this particular title references a novel by Chinua Achebe of the same name, it perfectly describes how Zuma went from “angilesabi ijele” (I am not afraid of jail) to “sending me to jail during the height of a pandemic, at my age, is the same as sentencing me to death” to filing a rescission application, as well as an application to have his arrest stayed and in the end, to surrendering himself.

The ConCourt is set to hear his contempt of court rescission application next Monday on 12 July.

Meanwhile, the Pietermaritzburg High Court will on Friday morning deliver its reserved judgment on Zuma’s application to have his imprisonment stayed.

See some of the titles suggestions below: