Mantashe says Zuma’s lawyers gave the former president the wrong advice, adding that he should have communicated his health status and not defied the ConCourt. 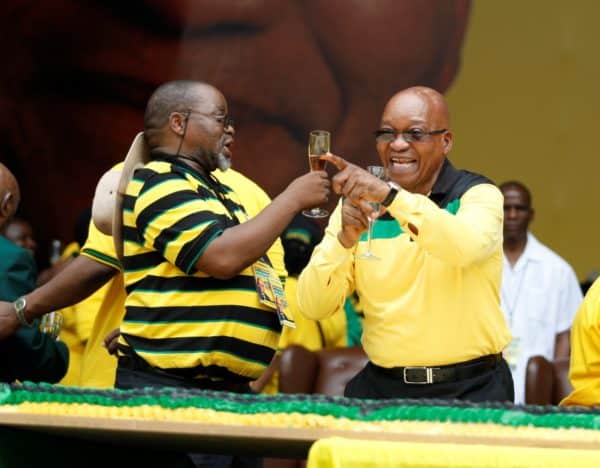 ‘My view is that any [prison] sentence for an 80 year old is harsh,” the Minister told on Newzroom Afrika.

Zuma was slapped with a 15-month prison sentence when he was found guilty of contempt of court by the Constitutional Court (ConCourt) on 29 June, for failing to comply with the court’s ruling for him to appear before the Commission of Inquiry into Allegations of State Capture.

After refusing to make any submissions on the sanction he should face, Zuma argued that sending him to prison would amount to a “death sentence”, despite previously saying he was not afraid of jail.

Last week, the former president eventually capitulated and decided to hand himself over to the authorities, having initially refused to do.

He was admitted to the Estcourt Correctional Centre in KwaZulu-Natal to start serving his 15-month jail sentence.

During the interview on Wednesday, Mantashe, who is also the country’s minister of mineral resources and energy, said imprisonment for someone of Zuma’s age was not “conducive”.

“You cannot deny the fact that former president Jacob Zuma is 79 [years old] going for 80… that is old age, and imprisonment for old people cannot be conducive in any country. That is a fact and the health of [former] president Zuma is known,” he said.

Mantashe said Zuma’s lawyers had given the former president the wrong advice in his repeated defiance, adding that he should have communicated his health status rather than deciding to not appear before the commission or the ConCourt.

“Now, he is stating those realities after the fact that [he is in jail]. [All] I am saying [is] that, that is a function of wrong advice and as a result of that he is a victim of those wrong advices. Some people do that pretending to be love him,” he said.

Zuma still seeks to have his imprisonment reversed by the ConCourt after he approached the apex court with a rescission application.

On Monday, the application came before the court, where advocate Dali Mpofu SC, representing Zuma, asked the court to release the former president pending its decision on his rescission application.

Mpofu argued that the ConCourt had taken three months to hand down the ruling at the heart of the case, in which the court sentenced Zuma to jail.

The move comes after the Pietermaritzburg High Court last week dismissed an urgent application to stay his detention.

The State Capture Commission has since asked the ConCourt to dismiss, with costs, Zuma’s rescission application.

Zuma’s incarceration has since ostensibly triggered widespread riots, notably in KwaZulu-Natal and Gauteng, with the death toll from the riots in both provinces continuing to climb, while a total of 1234 people had been arrested as of Wednesday morning.