The EFF leader wants Zuma to be placed under house arrest at Nkandla, however, to save money on incarcerating an 80-year-old. 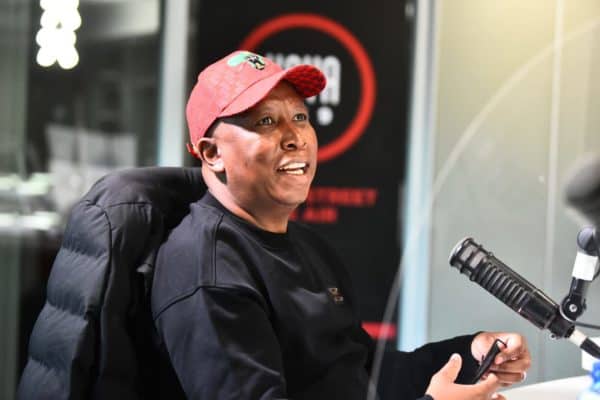 Though there were opportunities for ANC Youth League president and fellow comrade Fikile Mbalula to get closer to the former president, Malema said they decided to pass on them.

While the EFF leader’s recent tea meeting with Zuma in Nkandla left the impression that the two had a close relationship, Malema said it was his first visit to the former president’s homsestead.

“The first time I went to Nkandla is when I went to have tea recently. Remember, during our term in the Youth League, Zuma used to throw parties every end of the year – and we took a conscious decision (myself and Mbalula) that we shouldn’t go there and be seen to be part of the plates and furniture of president Zuma because we are not that,” he told Kaya FM drive time host Sizwe Dhlomo on Monday.

“I never had President Zuma’s cellphone number, and I have never spoken to him on the cellphone – but I have got Cyril’s number and I speak to Cyril on the phone. Actually, if you were to compare the relations I had with Zuma and with Cyril, I am more closer to Cyril than I am to President Zuma.

“We can have a chilled discussion with Cyril anytime and disagree, but we have got that type of a relationship.”

While Malema and Zuma never had a close relationship, he claimed whatever relations they had turned sour when Zuma insisted on a second term while the agreement was for him to serve one.

“We said to President Zuma: ‘You are going to be president for one term’. And then we went to him and said: ‘The term is coming to an end, we think Kgalema [Motlanthe] must be president because we agreed with you on one term’. He said: ‘Hell no, it is not going to happen’. And that is how we became enemies,” said the EFF leader.

Since then, Malema vowed to put Zuma in prison, but now that it has happened, the EFF leader says putting an 80-year-old man in jail is wasteful expenditure.

“You can have Zuma in jail, not necessarily in the cells. You can give him house arrest. That is still a sentence on its own. That is still a punishment on its own because ours is a correction service. What do you want to correct with an 80-year-old? Because we correct you and reintegrate you back to society to make a contribution – that is why we spend money on you.

“So, to spend money on an 80-year-old is a wasteful expenditure. Zuma won’t come back and be useful anyhow to society. So, you can have him arrested, but place him under house arrest. You’ll still get the same results,” he said.